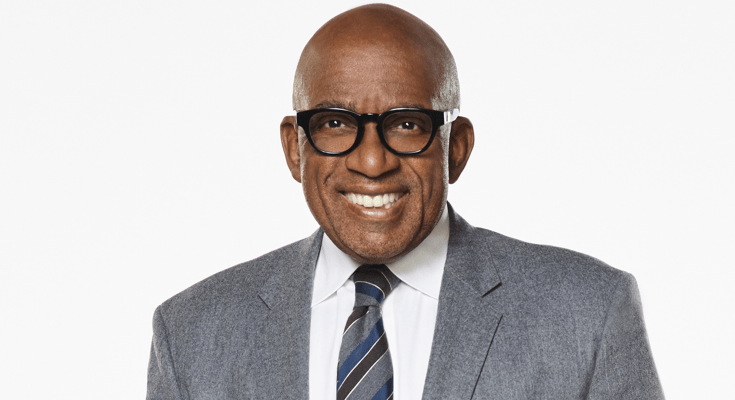 He graduated from Manhattan’s Xavier High School, where he spent four years developing his comic skills and indulging his interests in graphic art.

Later, Al attended the State University of New York at Oswego. There he majored in graphic communications, but he took classes in meteorology to satisfy the university’s science requirements. While still a sophomore in college, he landed a part-time job as weekend weather forecaster at nearby WTVH-TV in Syracuse. By the time he earned his bachelor’s degree in 1976, he had been promoted to weekday weatherman at the station.

He was awarded an Honorary Doctorate from the State University of New York at Oswego in 1998.

He is American national.

His father, Albert Lincoln Roker, was a bus driver who also served as a labor-relations negotiator for New York City’s Transit Authority. His mother was a homemaker.

He has five siblings and he is the oldest. Three of his siblings were adopted.

His younger brother, Chris, and his younger sister, Alisa, once made an unexpected visit during the 3rd hour of TODAY, just in time for National Siblings Day on April 10.

Al is related to the late actress Roxie Roker, who played Helen Willis on the sitcom The Jefferson’s and was the mother of rock musician Lenny Kravitz. Al and Kravitz’s grandfathers were cousins, which in turn makes Al and Kravitz second cousins, as they share the same great, great grandparents.

Roker married WNBC producer Alice Bell in December 1984 and they later divorced. He again married fellow journalist Deborah Roberts, who has reported for both ABC and NBC.

The two were married on September 16, 1995, at the St. Thomas Episcopal Church in New York and had a reception at Essex House. Guests included Barbara Walters, Rudy Giuliani, and Katie Couric.

Roker and Roberts met in 1990 when Roberts joined NBC as a general-assignment reporter. Soon after she arrived, Roker took her to lunch. “Al was so sweet,” Roberts told People. “He showed me pictures of his daughter and talked about his family.” But, she adds, “I just thought he was a nice guy, and that was that.” They kept in touch for two years while Roberts was transferred to Miami, and then Atlanta. But in 1992, she was back in New York as a correspondent for Dateline NBC, and by then, Roker and his then-wife, Alice, had split up.

He resides in Manhattan with his wife.

Roker is the weather and feature anchor of NBC News’ TODAY, as well as the co-host of 3rd hour of TODAY. He joined in January 1996.

From July 2009 to September 2015, he served as co-host of the morning show “Wake Up with Al” on the Weather Channel. Until January 2000, he also served as the weekday weather forecaster for News Channel 4’s early evening newscast “Live at 5” on WNBC-TV, NBC’s flagship owned-and-operated station in New York City.

Roker came to WNBC-TV as a weekend weathercaster in December 1983 from WKYC-TV, the NBC television station in Cleveland. He began his broadcasting career while still in college by landing a job as a weekend weatherman at WTVH-TV in Syracuse, New York in 1974. After graduation he moved on to weathercasting jobs in Washington, D.C. (1976-1978) and Cleveland (1978-1983).

He also co-hosts Sirius XM’s “Off the Rails” with Dylan Dreyer and Sheinelle Jones and hosts “Cold Cuts with Al Roker” on TODAY.com and YouTube.

Since 1985, he has co-hosted the annual Rockefeller Center Christmas tree lighting. He also co-hosts the annual Macy’s Thanksgiving Day Parade and the Rose Bowl Parade. For 10 years, from 2001 to 2010, and in 2017, Roker’s “Lend a Hand TODAY” initiative took him across the country and raised millions to help small charities work towards improving conditions in their communities.

New York magazine has named Roker best weatherman twice. He is a recipient of the American Meteorological Society’s prestigious Seal of Approval and has been a pioneer in the use of computer graphics for weathercasting.

He has been very open about his battle with weight loss, and he started running in 2010, competing in that year’s ING New York City Marathon.

“If you detect it early, this is a really treatable disease. And it’s why I wanted to take you along my journey, so we can all learn together how to educate and protect the men in our lives.” he said. “I don’t want people thinking, ‘Oh, poor Al,’ you know, because I’m gonna be OK.”