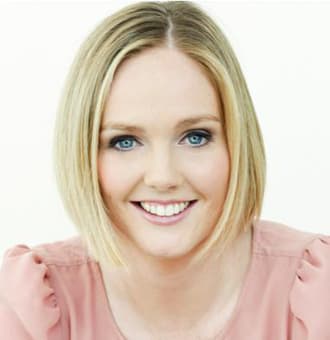 She stands at a height of 5 feet 6 inches.

She attended Haberdashers’ Aske’s School for Girls in Elstree, Hertfordshire, from the age of five to nine  before the family moved to the Midlands, where she continued her education at King Edward VI High School for Girls in Edgbaston, Birmingham. She then earned a Master’s degree in Geography from the University of Oxford, and whilst there was awarded the prestigious Philip Geddes Memorial prize for journalism.

Amanda  is the daughter of Susan Davies and  David Davies, a British broadcaster and consultant who is a consultant with Portland Communications, based in London, advising on sport and other subjects  and formerly the Executive Director of the Football Association in England . He is also a qualified teacher and holds a certificate of education from the University of Oxford and a BA (Econ) in politics from the University of Sheffield.

She was brought up alongside her sister Caroline.

She is married to Sam Davies but not much is known about him.

Amanda and her husband has a daughter named Molly. born in 2009. The birth of her daughter was a memorable one as her water broke nine weeks earlier than the due date while  she was on-air in BBC studio. It was a hectic situation as Amanda had to be rushed to the hospital. She luckily gave birth to a healthy baby girl. However she  couldn’t feed Molly her breast milk for a long time and relied on donated breast milk  which she now encourages women to do if they aren’t able to lactate.

Since joining CNN in April 2012 and works as  a sports anchor for CNN International based in the London bureau. Here, she has fronted the network’s ‘World Sport’ coverage for multiple major events including the Summer and Winter Olympics, Football World Cups, Champions League Finals, The Tour de France and the World Athletics Championships.

Prior to joining CNN, she  was a presenter at the BBC, providing the sports news on the flagship BBC News weekend bulletins and BBC Breakfast. She also hosted international football show ‘Sports World Have Your Say’ on BBC World News, and ‘Your News’ — a weekly magazine show. She also worked for Sky Sports and Sky Sports New and served  in several positions, including assistant news editor, presenter and on-the-road producer, most notably spending seven weeks in Berlin producing the Sky Sports News coverage of the 2006 World Cup from Germany.

Davies became a supporter of a number of baby charities after the premature birth of her daughter Molly. In January 2012,  she became the patron of the Milk Bank at Queen Charlotte’s and Chelsea Hospital, where Molly was born 9 weeks early. She is also an Ambassador for Sparks, and supporter of Bliss.