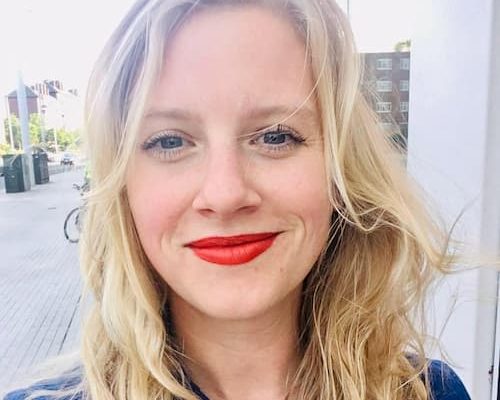 Antonia Staats is a senior campaigner for Avaaz. She is the mistress of Neil Ferguson, a British epidemiologist and professor of mathematical biology who served as advisor of Boris Johnson, Prime Minister of The UK. She visited him twice at his home despite the lockdown order which Neil advocated for.

Staats has a Masters in Asian politics from the School of Oriental and African Studies (SOAS) in London.

Antonia is a senior campaigner for Avaaz, a US-based online organization that promotes global activism on issues such as climate change, human rights, animal rights, corruption, poverty and conflict.

According to The SUN, the researchers and campaigners for Avaaz drive investigations, strategy development and content production.

In 2018 she organized a petition seeking to ban the use of insecticide neonicotinoids because of its effect on bees. The petition garnered more than five million signatures and led to the EU banning the use of the substance.

In early April 2020, she backed a campaign calling on governments around the world to suspend rent and mortgage payments in order to “help citizens weather the corona lockdown”.

Antonia is in an open marriage with Chris Lucas. In late March she said in a podcast interview that the lockdown presented an “interesting relationship challenge”.

“I think it’s also a strain on – maybe strained has sounded too negative – but it’s an interesting relationship challenge, for [her husband] and my relationship.”

Antonia and her husband Chris, have children together.

Staats is a lover of Neil Ferguson who is a British epidemiologist and professor of mathematical biology at Imperial College London.  Neil served as the advisor of Boris Johnson, Prime Minister of The UK and was a prominent member of the Scientific Advisory Group for Emergencies (SAGE) which has been spearheading the country’s coronavirus response. He convinced Boris Johnson to order for a lockdown but he defied the rule by asking his mistress to visit him twice. He had appeared before the Commons Science and Technology Committee on March 25 warning that NHS will be overwhelmed without a lockdown.

On March 30, Antonia visited him at his house, after finishing two of self isolation as he had tested positive for coronavirus.

On April 4, he spoke to BBC Radio 4’s Today where he said; ‘We want to move to a situation where at least by the end of May we can substitute less intensive measures for the current lockdown we have now… I don’t think anyone wants to lift measures at the current time and risk the epidemic getting worse’

On April 8, Antonia again visited Ferguson despite telling friends that her husband was showing symptoms of coronavirus.

• @eddied77 Professor Neil Ferguson is set to go down in history as the man who made all the wrong calls in the fight against the coronavirus. It’s difficult to know whether to laugh or cry at his sanctimonious pretence. He’s been called ‘Professor Lockdown’ for his leading role in tackling the UK’s fight against Covid-19, but now, thanks to his inability to keep his trousers zipped in one of the most jaw-dropping instances of rank hypocrisy, Neil Ferguson will be forever remembered as ‘Professor Pants Down’. He is the guy leading the team of epidemiologists at Imperial College London that stopped the government’s planned herd immunity idea in its tracks, citing computer modelled research that indicated more than 500,000 Brits would die from coronavirus unless social distancing was introduced pronto to prevent it from spreading. And then what does he do? With timing that could not have been worse in any way, he’s had to quit his role after it emerged he’s been inviting his married lover over so they can get up close and personal in defiance of the laws that apply to every other person in Great Britain. So long to the headlines that lauded the Lockdown Lothario in the past few weeks. Media outlets even claimed his research and advice saved tens of thousands of lives, giving him God-like status as the saviour of our people. Unfortunately, the professor has believed all his publicity. And when you start thinking you’re something special and particularly when not used to all the attention, then the moral compass can start to go a bit wonky. #NeilFerguson #FireFauci #BillGates #vaccines #CoronaVirus #Covid19

On May 5, 2020 Ferguson resigned from his government post. He said he accepted he made “an error of judgment and took the wrong course of action,” and had therefore stepped back from his involvement in SAGE.

In a statement he said; “I accept I made an error of judgment and took the wrong course of action. “I have therefore stepped back from my involvement in Sage (Scientific Advisory Group for Emergencies). I acted in the belief that I was immune, having tested positive for coronavirus and completely isolated myself for almost two weeks after developing symptoms. I deeply regret any undermining of the clear messages around the continued need for social distancing.”

Neil received a lot of backlash for his action. Dr. Hilary Jones, Good Morning Britain medic said; ‘He says it was an error of judgement but I don’t think there was any judgement at all. He was prepared to take risks but when you take risks you not only put yourself at risk but others as well. He had no choice but to resign as it was unacceptable that someone who set down rules and told the government what measures should be in place does that.’

Piers Morgan tweeted: ‘Unbelievable and shocking. So, the government is ”following the science” of scientists who don’t even follow their own science. What a shameful shambles. Professor Ferguson’s excuse is he thought he was immune from COVID-19 after having it – despite there being zero scientific proof people who’ve had it actually get immunity. And this guy’s the No1 ‘expert’ on whom the government is basing its entire coronavirus strategy?’