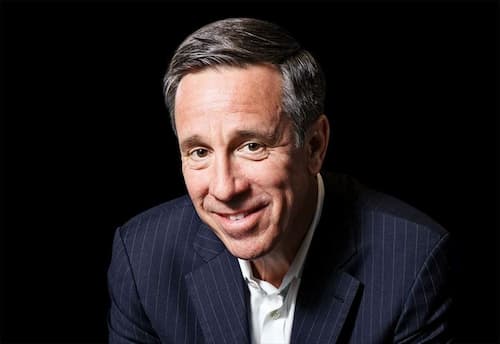 Arne Sorenson was an American hotel executive who served as the President and Chief Executive Officer of Marriott International. He died on February 15, 2021 at the age of 62, due to Pancreatic cancer.

Sorenson was 62 years old at the time of his death.

He was a graduate of Luther College in Decorah, Iowa, where he majored in religion. He later attended the University of Minnesota Law School.

Sorenson was born to Christian missionaries in Tokyo. His family returned to the U.S. when he was 7 years old. His father went to Tokyo with the Army as a 17-year-old in 1945, just after World War II ended. He spent a year in Tokyo and went back to the U.S. where he attended college, then joined the Lutheran seminary. He became a preacher. After that, he went to Japan in ’52 or ’53.

Arne was married to his wife Ruth Marie Sorenson for more than three decades until his death.

Sorenson, together with his wife have four children together.

In 1993, he defended Marriott International in a lawsuit and three years later he began working for the business as head of Marriott’s mergers and acquisitions team.

Sorenson was the President and CEO of Marriott International. He was named CEO in 2012, becoming the third CEO in the company’s history and the first without Marriott surname. During his tenure, Marriott International has been recognized extensively, including by Fortune in 2020 as one of the World’s Most Admired Companies and DiversityInc as one of the Top 50 Companies for Diversity.

Prior to becoming the CEO he held several positions since joining in 1996, including president and chief operating officer, chief financial officer and president of Continental European Lodging. Educational and professional background. He also chaired Marriott’s Global Diversity and Inclusion Council.

When he was a lawyer he represented the company in a lawsuit and he met Bill Marriott, the son of J. Willard and Alice. In the late 95 he began talking to Mr. Marriott who later gave him a job to represent the firm in mergers and acquisitions.

There was no more definition or plan in my head, or, as far as I know, in his. I started doing mergers and acquisitions in the summer of ’96. I did that for a couple of years before I became chief financial officer in ’98. I got to know the industry really well that way, as well as the company.”

His actual salary was unknown.

Arne was diagnosed with stage 2 pancreatic cancer in May 2019. He revealed he received the diagnosis after a series of tests at Johns Hopkins Hospital in Baltimore.

In a message to Marriott International associates, Sorenson noted: “The cancer was discovered early. It does not appear to have spread and the medical team – and I – are confident that we can realistically aim for a complete cure. In the meantime, I intend to continue working at the company I love. Let me make one request, look ahead with me. We have great work underway at Marriott. I am as excited by what we can accomplish together as I have ever been.”

Sorenson died on February 15, 2020 at the age of 62. His death was confirmed by J.W. Marriott, Jr., Marriott International executive chairman who said in a statement;

“Arne was an exceptional executive – but more than that – he was an exceptional human being. Arne loved every aspect of this business and relished time spent touring our hotels and meeting associates around the world. He had an uncanny ability to anticipate where the hospitality industry was headed and position Marriott for growth. But the roles he relished the most were as husband, father, brother and friend. On behalf of the Board and Marriott’s hundreds of thousands of associates around the world, we extend our heartfelt condolences to Arne’s wife and four children. We share your heartbreak, and we will miss Arne deeply.”