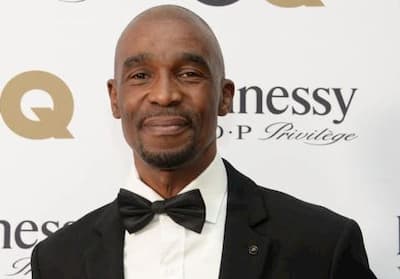 Bob Mabena was a legendary South African DJ and television and radio personality. He was the founder of Bob K. Mabena Foundation that promotes education. He died on August 10, 2020 of cardiac arrest.

Bob lost his mother at the age of 11 and was raised by his grandmother who died in June 2020 after contacting Covid-19.

So sad for your loss Ntando. Your experience is almost the same with my grandmother this past week. She contracted Covid in a hospital whilst going in for a lung infection. Within 3 days, she was gone. The hospitals aren’t ready https://t.co/xtu84i6NqJ

Bob married his second wife Eucharist Hadebe in 2015. He was previously married to Zandile Nzalo who is a TV presenter and businesswoman, She is the founder of Zanenza Communications, a public relations agency.

Bob and his wife have a son born in 2016, he also has a child with his first wife Zandile. It is alleged that he has six more children from past love affairs.

Bob served as the station manager of Power 98.7. He began his career in 1989 at Radio Bop in the Republic of Bophuthatswana, where he hosted afternoon and morning shows. He also had a music video show on Bop TV. He ventured into television during the three years he spent in the North West.

He later joined Radio Metro where he presented a variety of shows on television, including Pick a Tune and Studio Mix. In 1996, he moved to 94.7 as a mid-morning host and also joined its management team.

In 1999 he joined Kaya FM as a program manager and a morning show presenter. He was later promoted to the post of a Primedia business development manager at Group level, a position he held for two and a half years.

In 2007 he joined SABC as the executive manager of commercial radio stations, where he was put in charge of Metro FM, 5FM, and GoodHope FM until 2009. He later returned to Kaya FM as a breakfast show presenter and also oversaw Gagasi FM and Heart FM as the director of MRC Radio.

In 2010 he started a radio consultancy, EndowMedia. In 2017 he resigned from Kaya FM morning show and was hired by MSG as its radio stations’ programming.

At the age of 48, Bob revealed that he was diagnosed with a lifestyle-related disease, which he said could be avoided by adopting a good diet and regular exercise.

“I stopped going to gym some time last year, its not even old age, I just got lazy. But now I need to attack the damn thing [growing pot belly] because I don’t want to risk my health. I have recently lost too many friends to such diseases and I don’t want to fall victim to them too. That is why I need to lead a life that is as healthy as can be.”

“It is true that our brother, our colleague, the legend Bob Mabena passed away this afternoon. He had been admitted on Saturday and was discharged this morning. On the way home with Mrs. Mabena he started experiencing some more pains. They drove back to the hospital. When I arrived at the hospital he was in ICU. I was with Mrs Mabena and were called into a room where they pronounced that he had passed away. The doctor tells us they suspect it was a cardiac attack after they took him back to ICU.”

POWER 98.7 also released a statement that read; “It is is with deep grief and pain that we announce that POWER 98.7 breakfast host, Mr Bob Mabena passed away this afternoon, Monday 10 August 2020 from cardiac arrest. The family is coming to terms with his passing and respectfully requests the public to afford them the appropriate space. Further details will be communicated in due course.”

Bob Mabena Cause of Death

Bob’s cause of death is alleged to be cardiac arrest.