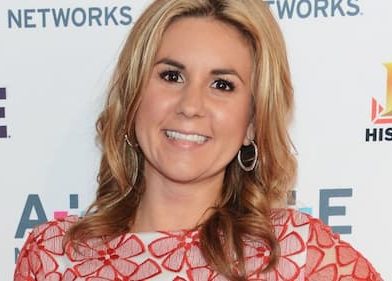 Brandi Passante is an American businesswoman and television personality best known for her appearance on Storage Wars and ‘Brandi & Jarrod: Married to the Job.’

She is the daughter of Baldassarre Joseph Passante who died on October 26, 2020. The name of her mother is unknown.

Brandi has been in a relationship with Jarrod Schulz since 1999. The couple met through a mutual friend. At the time Brandi was working for a carpet cleaning business. The couple appeared together on Storage Wars and even got a spin-off ‘Brandi & Jarrod: Married to the Job.’

The couple broke up in 2018 after filming the 12th season of Storage Wars, which premiered in November 2018.

In April 2021 during Storage Wars season 13 premiere Passante made it public that the couple was no longer an item. “I’m not with Jarrod anymore.”

According to People, Passante had previously touched on the breakup in 2020 during a Facebook Live interview with The Dad Diary. When host Danny Jordan asked how has being a single mother affected her life, Passante — who shares daughter Payton and son Cameron with Schulz — replied,

“I did a lot of it on my own anyway, but it’s the scary dad voice in the background that we’re missing. I have them all the time, 24/7 they’re here with me, so I have to navigate that.”

She has two children Camren Schulz and Payton Schulz.

Passante is a cast member of Storage Wars on A&E.  The show follows a group of bidders looking to strike it rich by buying repossessed storage units. Brandi alongside her then partner began participating on the show with the hope of buying some storage units for their “Now and Then” Thrifts Store in Orange, California.

The two proved to be very perceptive bidders and emerged among the stars in the show. This led to a spinoff ‘Brandi & Jarrod: Married to the Job’ in 2014 which focused exclusively on them.

She has an estimated net worth of $2.5 million.