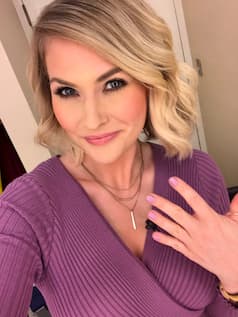 Brittany Falkers is an American media personality serving as a reporter/anchor for the KGW-TV, an NBC-affiliate television station in Portland, Oregon.  She previously worked for WDIO/WIRT-TV as a morning news anchor and later as a senior reporter and also worked for WJMN and WFRV TV.

Falkers was born in Lino Lakes, a city in Minnesota, United States but her actual date, month and year of birth is unknown.

Falkers studied Broadcast Journalism and Mass Communications at the University of Minnesota. Later, she received a degree from the same University in 2011.

Brittany is the daughter of Joann Falkers who worked as a leader for 4-H,  Youth Mentorship program which Brittany was a part of when she was in high school. The program encourages Brittany to become passionate about giving back to her local community and is a leader at the Anoka County 4-H youth mentorship program where she helps get kids involved in performing arts, games, and various other projects. She hasn’t revealed any information regarding her father.

Falkers was brought up alongside her sister named Steph. On14 June 2020 , she posted a photo of her sister and her partner on her Facebook page with a caption, “I’m going to be an AUNTIE!!! My sister Steph and her partner Matt are welcoming a new rider to the F in a Round Ranch this fall! (Yes that is the real name of the Falkers farm)”

Brittany has tried to keep her personal life off the lime light and therefore its not known whether she is dating, married or single.

Falkers has not revealed any information concerning her kids and it’s therefore not known if she has any children.

.Brittany joined KGW-TV,  an NBC-affiliate television station in Portland, Oregon in March 2019 and serves as a reporter and anchor for the station. She previously served as a morning news anchor in the WDIO/WIRT-TV in Duluth, Minnesota in 2012 and later became a senior reporter in the Television station. Here, she earned  an Emmy Award nomination for her coverage on the victimization of sexual assault survivors. She also received an Emmy Award for her morning news coverage.

Prior to working for WDIO, Brittany also worked for the WJMN and WFRV-TV CBS Local 5 (Nexstar Media Group) networks as a news anchor. Here, Falkers worked alongside meteorologist, Justine Steinbrinck and fellow anchor, Rich Klindworth anchoring a show , ‘This Morning.’ She also hosted a regular segment on the channel where Falkers showcased various pets for adoption from the WI Humane Society in the Green Bay area.