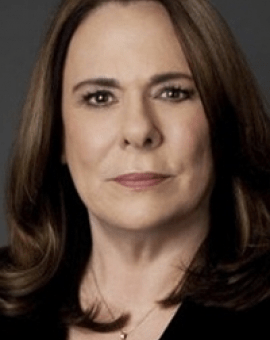 Candy Crowley was an American news anchor for CNN. She was CNN’s chief political correspondent, specializing in USA national and state elections. She was based in CNN’s Washington bureau and was the anchor of their Sunday morning talk show, State of the Union.

Her father is Christopher Crowley while her mother’s identity is unknown.

Information about her siblings is not available.

At the age of 22, she got married allegedly to a TV producer, Alan Colmes. They were together for around six years, and their relationship ended with a divorce.

She has two children and two step-children. Her oldest son, Webster is a neurosurgeon and youngest son Jonathan is in the band called Vinyette.

Candy joined CNN in 1987 and served as CNN’s chief political correspondent and the host of its Sunday morning talk show State of the Union with Candy Crowley.

In 2012, she became the first woman to moderate a presidential debate in two decades. She was selected by the Commission on Presidential Debates to moderate the 2012 general election debate between President Barack Obama and Gov. Mitt Romney. Additionally, she co-anchored key primary and caucus nights throughout America’s Choice 2012 election coverage.

Crowley began her broadcast journalism career in Washington, D.C., as a newsroom assistant for Metromedia radio station WASH-FM. She served as an anchor for Mutual Broadcasting System radio network, as well as a general assignment and White House correspondent for the Associated Press, where she covered part of the Reagan era before moving on to NBC-TV to become a general assignment correspondent in NBC’s Washington bureau.

She has covered the presidential campaigns of Barack Obama, George W. Bush, Bill Clinton, George H.W. Bush and Ronald Reagan, among others. Since the presidential nomination of Jimmy Carter, she has covered all but one of the national political conventions. She was also granted an exclusive sit-down interview with President George W. Bush just days before he left office.

CNN announced on December 5, 2014 Crowley’s decision to leave the network after 27 years.

In fall 2015, Crowley became a fellow at the Harvard Institute of Politics. She has retired from daily work and is serving as a paid guest speaker.

Crowley has been recognized and honored with many awards throughout her career. In 2013, she received the Leonard Zeidenberg First Amendment Award from the Radio Television Digital News Foundation.

In 2012, she delivered the commencement address at Maharishi University of Management in Fairfield, Iowa, where she was presented with the Maharishi Award. Later that year, she was also honored with the American News Women’s Club Award for Excellence in Journalism.

In 2005, Crowley was honored with the Edward R. Murrow award and the Joan Shorenstein Barone Award for excellence in journalism for her reporting on the 2004 presidential election. Crowley won the “National News Story-Series” Gracie Allen Award in 2004 for War Stories and a National Headliner and a Cine award for CNN Presents: Fit to Kill.

She played a pivotal role in CNN’s America Votes 2008 Peabody Award-winning coverage, traveling to the Democratic and Republican conventions and debates along the campaign trail. In 2009, she earned a prestigious Gracie Allen Award for her coverage of Hillary Clinton’s bid for the White House. She also was part of the network’s Emmy® Award-winning 2006 midterm election coverage.

She has a net worth of $3 million.