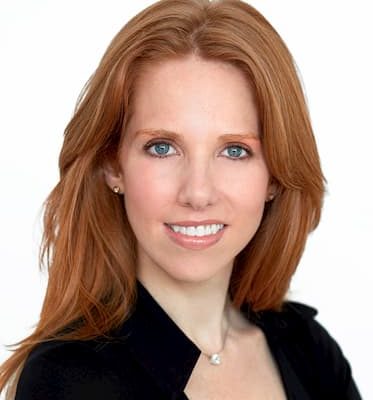 Casey Greenfield is an American lawyer and owner of Casey Greenfield PC. Her practice focuses on advising individuals in crisis and in matrimonial and family law cases. She had an affair with Jeffrey Toobin which resulted in a love child.

She has a Bachelor of Arts in English; American Studies. She earned her JD in Law from Yale Law School.

Greenfield is a lawyer whose practice focuses on advising individuals in crisis and in matrimonial and family law cases. She began her career in law as an associate attorney at Gibson, Dunn & Crutcher LLP (Sept 2007 – Jan 2011). She worked on class action defense and a Department of Justice antitrust investigation.

In April 2010 she became a partner at Greenfield Labby LLP alongside Scott Labby, where she focused on matrimonial and family practice until 2015 when she founded Casey Greenfield PC.

She is the daughter of Jeff Greenfield and Carrie Carmichael. Her parents divorced in February 1993. Her father Jeff is an American journalist and author. He serves as a host of PBS’s “Need to Know” and also does political commentary on NBC Nightly News. He previously served as a senior political correspondent for CBS News, a senior analyst at CNN, political and media analyst for ABC News. During his tenure as a journalist, he has received five Emmy Awards.

Casey has a brother known as David Greenfield.

It is not clear whether Casey is married or not as of 2020 but she was previously married to Matt Manfredi for two years (2004-06). Matt is an American screenwriter whose credits include; Destroyer, Ride Along 2, The Invitation, R.I.P.D, Clash of the Titans, The Dungeon Masters among others.

Casey had an affair with Jeffrey Tobin when she was in her 20s, at the time Jeffrey was still married to his wife Amy McIntosh, who he married in 1986 and have two children together. Jeffrey is an American lawyer, author and legal analyst for CNN and The New Yorker. On October 19, 2020 he was suspended by The New Yorker after he allegedly left his genitals exposed while on a Zoom call last week with colleagues and a radio station.

Casey and Toobin had an on and off affair for years. When she got married to Matt Manfredi she stopped seeing Tobin but after they divorced she started seeing him again.

According to the Daily News, a source told them, “Jeff and Casey saw each other off and on over the years. She was married to someone else for two years. After her divorce, she started seeing Jeff again. He said he was going to leave his wife for her. But, by then, Casey had begun to distrust him. She suspected he had several other mistresses.”

In 2008 Casey became pregnant with Toobin’s baby but he allegedly asked her to abort.

The Daily News revealed that a source told them that Toobin asked Casey to get an abortion after she told him she ws pregnant with his kid. He allegedly also offered to pay for her to have another child later via a sperm donor.

“When Casey wouldn’t have an abortion, Jeff told her she was going to regret it, that she shouldn’t expect any help from him.”

Casey underwent a risky DNA test while pregnant, but Toobin didn’t provide his sample and stopped talking to her. When she gave birth she invited Toobin via email to meet his son but he didn’t reply. He finaly cooperated and provided a DNA sample that proofed he was the father. He was ordered by a Manhattan Family Court judge to pay child support. When he refused to pay the full amount, say sources, Greenfield’s lawyer threatened to notify his employers and garnish his wages; Toobin then paid up.

She has a son known as Roderick Henry Greenfield born in March 2009 from her affair with Jeffrey Tobin.