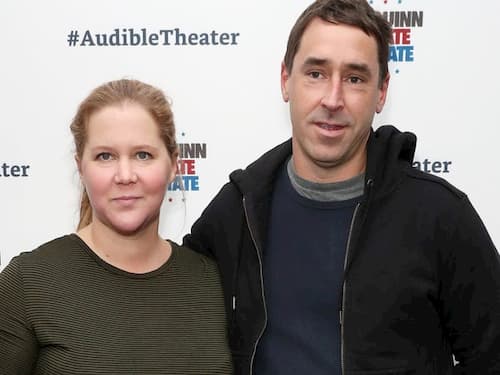 Chris Fischer is an American chef and farmer. He is the husband to stand-up comedian and actress Amy Schumer. He was the executive chef at the Beach Plum Inn & Restaurant for several years and was awarded the 2014 StarChefs.com Coastal New England Rising Stars Award.

Chris was born on August 19, 1980 in Chilmark, Massachusetts, United States.

Fischer stands at a height of 5 feet 9 inches tall.

Chris was born to Albert Fischer III who is a farmer and fisherman. His mother’s name is unknown but was an artist and public school teacher who died in 2005.  He has two siblings a sister known a Molly Fischer and a brother whose name is unknown.

He grew up in his grandfather’s, Albert Oswald Fisher Jr., Beetlebung Farm. He started working on the farm as he grew old and learned the art of falling in love with food.

Chris married his wife Amy Schumer in February 2018. The two met when Schumer hired her assistant’s brother (Chris) to cook for her family during a trip to Martha’s Vineyard. They soon began dating.

A few months after dating, Fischer proposed, and Schumer said she took three to four days to plan the wedding, including picking out a dress and choosing the song “Rainbow Connection” to walk down the aisle. Instead of invitations, she sent out a text to family and friends simply stating, “I’m getting married on Tuesday. I hope you can come.”

Chris together with his wife Amy are parents to a son known as Gene Fischer. He was previously known as Gene Attell Fischer but his name was changed to Gene David Fischer. Amy said they decided to change the name as it sounded like ‘genital’.

“So do you guys know that Gene, our baby’s name, is officially changed? It’s now Gene David Fischer. It was Gene Attell Fischer, but we realised that we, by accident, named our son ‘genital’. Gene Attell sounds like genital.”

11 months and sneaky as hell

Amy revealed in her Netflix special, Growing that Chris was diagnosed with Asperger’s Syndrome and was on the Autism spectrum.

“I knew from the beginning that my husband’s brain was a little different than mine. I have to start this over because I really want to get this right because I love him very much. My husband was diagnosed with what used to be called Asperger’s. He has autism spectrum disorder. He’s on the spectrum and there were some signs early on.

Once he was diagnosed, it dawned on me how funny it was, because all the characteristics that make it clear that he’s on the spectrum are all of the reasons that I fell madly in love with him. That’s the truth. He says whatever is on his mind. He keeps it so real. He doesn’t care about social norms or what you expect him to say or do.”

Amy noticed small things like he didn’t reach down to help her once after a bad fall, and that he is incapable of telling a lie. She said she once fell while walking with Fischer but he just froze. “He kind of froze and became a lighthouse, opening and closing his mouth. I remember lying on the ground looking up at him and I wasn’t mad. I just thought, ‘huh.’ Lotta ‘huh’ moments, you know?”

Chris is a chef who worked under Mario Batali at Babbo while living in Manhattan.[3] He also cooked in Europe, working at the American Academy in Rome and London’s The River Cafe before returning to Martha’s Vineyard to work there full-time in 2007.

He worked as the chef at Chilmark’s Beach Plum Inn and Restaurant, near the farm from 2013 to 2015.

Chris owns a restaurant on Martha’s Vineyard. He says he wants his customers and friends not just to love food, but to respect and honor its source. Submitting to prevailing tastes is sometimes the cost of doing business. Fischer once served a dish of chicken with its head still on—that didn’t go over so well.

Chris and his wife Amy are set to premiere a show, Amy Schumer Learns To Cook,  on Food Network on May 11, 2011. In the show, Chris teaches Amy how to cook. The network describes the show; “Comedian and actress Amy Schumer and husband, Chef Chris Fischer, are quarantined on Martha’s Vineyard, MA, with their baby Gene. Chris prepares meals from their pantry with the help of Amy, who isn’t great in the kitchen but can mix up a great cocktail!”

Chris’s net worth is under review.