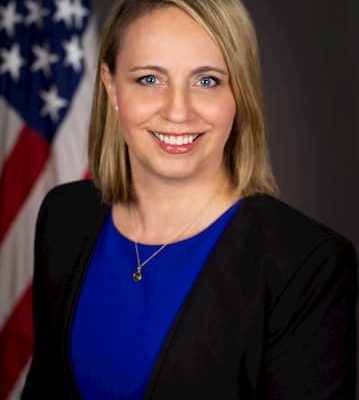 Grimm is a career investigator and auditor who joined the inspector general’s office, one of the federal government’s largest, in 1999 when Bill Clinton was president. She has served in Republican and Democratic administrations and is not a political appointee.

Christi keeps her personal life private and there is no available public information about her marital status.

Christi has a Bachelor of Arts in English Language and Literature, General. She holds a Master of Public Administration in Health Policy from New York University. She is also a graduate of Harvard University’s Kennedy School of Senior Managers in Government.

Christi joined the Health and Human Services Office of Inspector General in July 2014 as chief of staff, a position she held until January 2020 when she became the Principal Deputy Inspector General.

In her position as the Inspector General she oversees more than 100 programs administered by HHS agencies such as the Centers for Medicare & Medicaid Services (CMS), Administration for Children and Families, Centers for Disease Control and Prevention, Food and Drug Administration, and National Institutes of Health.

She leads an independent and objective organization of more than 1,600 auditors, evaluators, investigators, lawyers, and management professionals who carry out OIG’s mission of protecting the integrity of HHS programs as well as the health and welfare of program beneficiaries.

On April 6, 2020 Christi released a report that alleges that the Federal Government is partially responsible for the medical supply crisis in response to COVID-19 response.

According to the report, a survey held from March 23 to 27 the hospital workers said that they had not been sufficiently informed of the process of obtaining crucial medical supplies from the federal government’s national stockpile.

“Some hospitals noted that at the time of our interview they had not received supplies from the Strategic National Stockpile, or that the supplies that they had received were not sufficient in quantity or quality.”

The report alleges that one hospital received Personal Protective Equipment (PPE) that had expired in 2010 from a federal agency. Hospital personnel also cited “inconsistent guidance” from the federal and state governments as a major hurdle in treating the coronavirus outbreak, and that it was “difficult to remain current” with the Centers for Disease Control and Prevention’s (CDC) guidelines.

On April 6, 2020 during the daily press briefing Trump dismissed the report and claimed it was ‘just wrong.’ He cast doubt on the author of the report, the HHS Principal Deputy Inspector General.

Kristin Fisher, Fox News reporter, asked him about the report that conflicted with his own administration’s narrative on testing response. Before she could even finish spelling out the details of the report in her question, Trump cut her off.

“It’s just wrong. Did I hear the word ‘inspector general?’ Really? It’s wrong.” To wgich the reporter responded, “This is your own government…”

Trump replied, “It’s — where did it come from? What is his name?”

Kristin redirected to the report saying, “But sir…these are hospitals that say they’re waiting a week…”

Trump responded, “What is his name? I don’t know his name. If you find me his name, I would appreciate it.”

ABC’s Jonathan Karl later picked up the questioning informing the president that the author is Christi Grinn, and that the report was based on interviews with 323 hospitals. Trump responded by saying that it could still be her opinion and even asked when she was appointed. Told that she was appointed in 2020, Trump first responded, ‘we’re going to take a look at it.’

‘What you just said is a disgrace,’ Trump said.

On May 1, 2020 President Donald Trump replaced Christi A. Grimm and nominated Jason Weida, an assistant United States attorney in Boston, as permanent inspector general. The appointed said that Weida was chosen because he has overseen “numerous complex investigations in healthcare and other sectors.”

Tesia Williams, a spokeswoman for the IG’s office said Grimm will remain in her role as principal deputy inspector general.

“HHS OIG has for more than 40 years held a deep commitment to serving taxpayers and the beneficiaries of HHS programs. Our professionals have risen to a variety of challenges, including our groundbreaking work fighting the opioid epidemic and health care fraud, as well as oversight of the planning, response, and funding for COVID-19. We will continue to serve the American people by ensuring that their health and welfare are protected.”