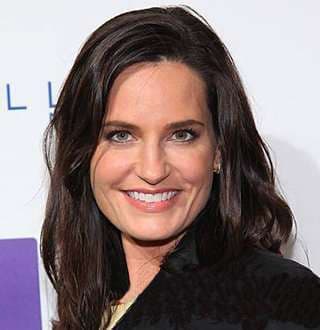 Brewer Contessa is an American media personality working as a correspondent and substitute anchor for CNBC appearing throughout Business Day as well as the network’s 7 pm ET newscast “The News with Shepard Smith.” She previously hosted the MSNBC weekend program Caught on Camera and was also a correspondent for NBC News and an anchor at NBC’s flagship station WNBC.

Brewer was born in Parsonsfield, Maine, the United States on 16th March 1974.

Brewer attended  Sacopee Valley High School in Hiram, Maine, and later joined Syracuse University’s Newhouse School of Public Communications and graduated with a B.S. in Broadcast Journalism in 1996, as well as a Certificate of Contemporary Europe following her political studies in Strasbourg, France.

Contessa was born and raised up by her parents who were in the Air Force when she was born, and her father later turned to the ministry, becoming a Baptist preacher in Kentucky. He moved the family from place to place, one church to the next, before settling in Maine when she was in junior high school.

Contessa said that her father never really talked about money when she was growing up, but her parents did open a savings account for her when she was young. She revealed that her father taught her through his actions, “He showed me by example that small changes make a big difference. How? We weren’t allowed to order drinks when we would go to a restaurant,” Brewer said. “That saved our family at least $6 every time. That adds up.” .However, she hasn’t revealed her parents’ names. She hasn’t revealed any information regarding her siblings either.

Brewer is married to Dan Senor. She has kept her family life off the limelight and though she is married, she hasn’t revealed any information regarding her husband. She resides in New York with her family.

Brewer together with her husband has a set of twin boys Axel Senor and Beckett Senor who were born in 2013.

Contessa  joined CNBC in 2017 and serves as a correspondent and substitute anchor for CNBC appearing throughout Business Day as well as the network’s 7 pm ET newscast “The News with Shepard Smith.” She covers major news stories for CNBC including presidential elections, hurricanes, the coronavirus pandemic and trade wars. Her specialty coverage areas are casinos, the gaming industry and the insurance industry. She is based at CNBC Global Headquarters.

Brewer is known for her marathon on-air coverage of breaking news and big political stories. While an anchor for MSNBC, she hosted daily news programs and the long-running, primetime series “Caught on Camera.” As a correspondent, Brewer has contributed reports to CBS News, CBSN, WNBC, NBC News and MSNBC, where she covered a wide range of stories including presidential elections, debt ceilings, government shutdowns, natural disasters, terror attacks and celebrity news. She also worked in Reno, NV followed by Palm Springs, CA and Milwaukee, WI

Contessa has won several awards including a National Emmy-Award.

Contessa has an estimated net worth of $2 million.