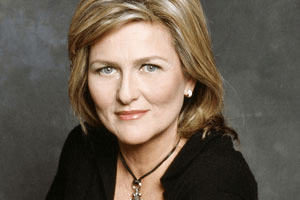 Cynthia McFadden is an American television journalist who is currently the senior legal and investigative correspondent for NBC News. She was an anchor and correspondent for ABC News who co-anchored Nightline, and occasionally appeared on ABC News special Primetime. She was with ABC News from 1994 to 2014 and joined NBC News in March 2014.

She was adopted and her parent’s names is undisclosed.

There is no record regarding her siblings.

She married Michael John Davies, editor and publisher of the Hartford Courant, on September 9, 1989. They divorced in 1996.
Before getting married to McFadden, John Davis was previously married which ended in a divorce. She is currently in a relationship with James F. Hoge Jr.

She has a son with Foreign Affairs editor James Hoge, Spencer Graham McFadden Hoge, who was born in 1998 and named after the actor Spencer Tracy.

She joined NBC News on March 29, 2014. She serves as the senior legal and investigative correspondent, contributing to NBC’s investigative unit across all NBC News platforms.

She was named co-anchor of ABC News’ “Nightline” in October 2005. She joined ABC News in February 1994 as the network’s legal correspondent. Two years later she was named a correspondent for “Prime Time,” and was made a co-anchor of the broadcast in 2004.
In 2004, she served as the legal editor and narrator of the ground-breaking ABC News documentary series, “In the Jury Room,” which chronicled six homicide trials from a unique, fly-on-the-wall perspective. Also in 2004, she co-anchored and reported an hour-long documentary on school integration, 50 years after Brown v. Board of Education.
Before coming to ABC News, McFadden was an anchor and senior producer at the Courtroom Television Network, beginning with the network’s inception in 1991. From 1984 to 1991, she was the executive producer of Fred Friendly’s Media and Society seminars based at Columbia University.

Her net worth is around $3 million.