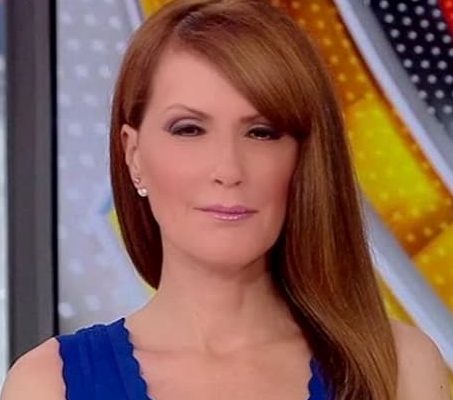 Dagen McDowell is a media personality serving as an anchor and analyst for the FOX Business Network (FBN). She also appears daily on FBN’s Mornings with Maria (weekdays 6-9 am/ET).

She holds a Bachelor of Arts degree in History from Wake Forest University in Winston-Sale, North Carolina.

Dagen got married to Jonas Max Ferris in 2005. He is an economist and investment advisor who serves as a n economic analyst on Fox News. He is also a financial adviser at MAXFunds.com and has written articles for the New York Post, FoxNews.com and Fox Business News.

The couple first met on the set of stocks and investment news program, Cashin’ In. They were handpicked to argue with each other about mutual funds. This led to an off-air relationship which began in 2003.

Dagen was previously married but the name of her first husband is unknown.

McDowell joined FOX News Channel (FNC) as a business correspondent where she was a regular guest on Your World with Neil Cavuto and the host of Bulls & Bears. She also makes regular appearances across FOX News Channel programs such as Outnumbered (weekdays 12-1 pm/ET) and CAVUTO Live (Saturdays 10am-12pm/ET). She also serves as a panelist on Cavuto on Business and hosted Bulls and Bears since 2016.

In September 2007 she joined the FOX Business Network (FBN) as an anchor. She appears daily on FBN’s Mornings with Maria (weekdays 6-9 am/ET).

She began her career in journalism as a financial journalist at the Institutional Investor’s Newsletter Divison. She later became a writer for SmartMoney magazine. She also wrote a personal financial column ‘Dear Dagen’ for the website ‘TheStreet.com.’

Dagon is a vegan.

I am vegan, asshole, so no.

@jeffgill24 cuz I grew up in the South. How does Varney have a British accent after living in the US for 40+ years?

Back to the vet. Send some prayers up for my CharlieDog. #seniordog #rescue #adoptdontshop (Charlie is suffering from severe gastroenteritis and pancreatitis. He’s always been on prescription food for GI issues but he’s have an episode that’s hard to treat. He stopped eating two days ago.)