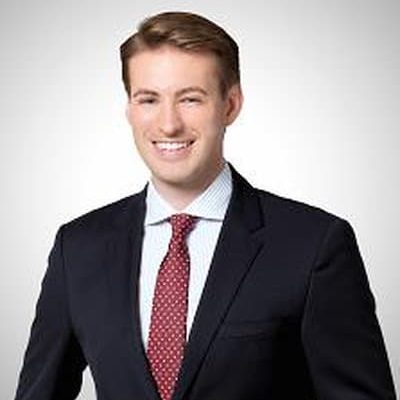 Dan Murphy is an Australian media personality serving as a Correspondent for CNBC based at the Nasdaq Marketsite in Dubai and regularly anchors CNBC’sThe Rundown, and reports for CNBC’s Squawk Box, Street Signs and Capital Connection and regularly writes for CNBC.com. He previously served as a Reporter and Business Anchor at Sky News.

Dan was born in Western Australia but his exact date, month and year of birth are not known.

Murphy attended Curtin University where he studied Broadcast Journalism and Film and Television.

Dan was born and raised by his parents in Western Australia but he has kept his family details off the public eye and he hasn’t revealed any information regarding them.

Murphy was brought up alongside his sister Ella. In a question and answer interview, Dan revealed that he decided to pursue a career in journalism after her sister was attacked by a sealion while tow-surfing off the coast of his hometown on April 13th, 2007. The sealion leaped from the ocean and went for Ella’s throat. Its sharp teeth pierced her neck near her carotid artery, breaking her jaw and knocking out her teeth. Before she lost consciousness, she was saved from the water by her girlfriends on board the boat and a quick-thinking family friend, who managed to expertly maneuver the vessel between Ella and the animal before it could strike again. Her story of survival captured the attention of local and international media, and eventually lead to the creation of a National Geographic documentary called “After The Attack” – a story of her recovery and tenacious determination to get back into the surf.

Murphy has kept his family life private and he hasn’t revealed any information on whether he is married, single, or divorced. It’s also not known if he has any children.

Murphy is a CNBC Correspondent based at the Nasdaq Marketsite in Dubai and follows news across major markets in the Middle East, providing the CNBC audience with a deeper focus on the regional business, finance and geopolitical story. He has in-depth experience covering a range of global sectors and asset classes. As a multi-platform reporter and presenter, he appears on CNBC’s suite of international programming – including Squawk Box, Street Signs and Capital Connection. He also regularly writes for CNBC.com.

Prior to joining CNBC, Dan was a Reporter and Business Anchor at Sky News. His live coverage of major news events in the field has also seen his work feature on CNN, Fox News, Bloomberg and Sky News UK.

His average annual salary is unknown.

His estimated net worth is not known.