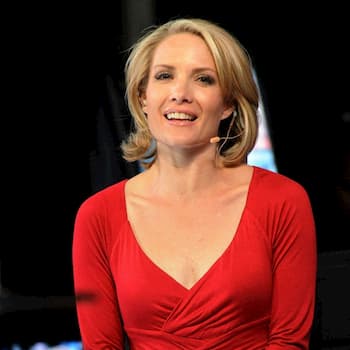 Perino  attended Ponderosa High School in Parker, a suburb southeast of Denver and later  graduated from Colorado State University Pueblo with a bachelor’s degree in mass communications and minors in both political science and Spanish.

Dana   is the daughter of Janice “Jan” and Leo Perino and grew up in Denver, Colorado. Two of her paternal great-grandparents were Italian immigrants. Her mother did marketing for a private nursing home and her father had a convenience store in Denver. Dana revealed that her made her love news and eventually became who she is. When she  was in grade three, her father began a tradition that of having  her read to him the Denver Post and The Rocky Mountain News every night after he got home from work. Later on, before they ate dinner, Dana was supposed to discuss two articles with him.

She was brought up alongside her sister Angie Perino who is  a senior trainer for Centura Health  in Denver and she also has a brother whose name is not revealed.

Dana is married to  Peter McMahon, the President and CEO of  the American retail store, ‘Shopko.’  renowned for his expertise in merchandising, Information Technology, human resource Management, loss prevention departments, and many other fields. He  is  also the former CEO of the largest Canadian food retailer ‘Loblaw Companies Limited. The duo met in 1997 as they boarded a plane bound for Chicago.  After spending two and a half hours talking, Dana gave him her phone number and business card that contained all her contact details, including an email address. Peter opted to communicate via email, where he expressed his feelings, but Dana responded after ten days. She had been expecting him to call, so in the entire ten days, she barely ate or slept. They finally met again in New Orleans after countless international calls, and in less than a year, Peter proposed to Dana and later  got married in 1998 in Blackpool, United Kingdom before heading to the Greek Island of Santorini for their 10-day honeymoon. Peter had been married twice before marrying  Perino.

Peter McMahon was born in June 6, 1954 in Blackpool, UK. He is more almost 18 years older than Dana.

Dana has no children as of 2020 but her husband has kids from his previous marriages and is now a grandfather through one of his children.. In 2012, Dana was seen introducing McMahon’s grandchildren Sebastian and Rachel in an event.

Perino served as the White House press secretary for President George W. Bush, where she was the first female press secretary in a Republican administration. She spent over seven years in the Bush administration working at the Justice Department and the Council on Environmental Policy. She was appointed to the U.S. Broadcasting Board of Governors in 2010 by President Obama, where she served for three years following her confirmation by the United States Senate.

Dana anchors FOX News Channel’s  The Daily Briefing with Dana Perino (weekdays 2-3PM/ET) and serves as co-host of The Five (weekdays 5-6PM/ET). She is also the host of Dana Perino’s Book Club on FOX Nation, FNC’s online subscription-based streaming service. She joined the network in 2009 as a contributor. Perino takes on the major issues facing Americans and explores them from all angles. During The Five, Perino is part of a roundtable ensemble of FNC personalities who discuss, debate and even debunk the hot news stories, controversies and issues of the day.

In addition to her roles on The Daily Briefing and The Five, Perino has played a prominent role across FNC’s top-rated election and political coverage throughout her tenure at the network, serving on various panels to breakdown the latest developments in every major political cycle. Most recently, Perino contributed to FNC’s Democracy 2020 election coverage which garnered the highest ratings for election night in cable news history with 14.1 million total viewers. Additionally, she provided political analysis following the presidential and vice presidential debates of the 2020 election as well as the Democratic and Republican National Conventions. In 2016, Perino also co-hosted a special Sunday night program during the lead up to the 2016 election with FNC politics editor Chris Stirewalt. The program, entitled Perino and Stirewalt: I’ll Tell You What, was an extension of their podcast of the same name which they continue to host.

A frequent public speaker on political trends, Perino is also the president of Dana Perino and Company and the founder of Minute Mentoring, a women’s leadership program designed to foster the next generation of female leaders. She is active in global maternal health and child development through the One Campaign and Mercy Ships, and helps American veterans suffering from PTSD through Companions for Heroes.