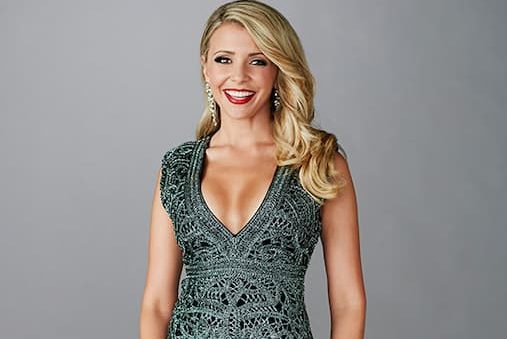 Danielle Graham is a Canadian media personality serving as an entertainment reporter on CTV’s Etalk. She frequently contributes to various CTV News programs such as Canada AM, Toronto’s Breaking News CP24 and its morning news program CP24 Breakfast, and CTV News Channel.

She holds a diploma in Journalism from Seneca College of Applied Arts and Technology in Toronto.

She has not revealed the names of her parents but on her website she describes her mother as her “constant source of support. The kindest and most thoughtful person. Makes every room she’s in instantly warmer.” She also describes her father as “wealth of knowledge on just about any subject. He’s my go-to guy for gardening tips. ”

Danielle is married to Randall Graham, MuchMusic creative director. The couple wedded in 2014. On her website she revealed that met in Africa while on a work assignment.

“We worked in the same building right under each other’s noses. We both went to Africa on a work assignment and that’s where we officially met. ”

Danielle serves as an anchor on etalk, she joined the show in 2007 as an entertainment reporter . She has interviewed notable celebrities such as Adele, Ben Affleck, James Franco, Orlando Bloom, Jude Law, Kim Cattrall. She has also covered numerous film festivals, premieres and awards shows which includes the Toronto International Film Festival, Sundance Film Festival, Teen Choice Awards, and the Emmys.

She began her career in journalism as an intern in the Citytv Toronto newsroom and was later hired on as a floor director for the weekend news. She hosted YTV’s, The Hit List, for four years before becoming an entertainment reporter for Star! Daily in 2005. She has also reported daily entertainment news on A-Channel News at Six and A-Channel News at 11.

No information about her salary is revealed.

You often see me on here or in my stories bare-faced because in my real life I typically don’t wear a lot of makeup. I live mostly makeup-free except for…concealer. I have dark circles that are always there no matter how rested I am. Since using @glamglowcanada’s Bright Eyes I don’t even need that daily dab of concealer anymore! It instantly brightens dark circles, contains caffeine to energize under eyes (Coffee for your face! Amazing!) and it hydrates and plumps that delicate area all day with hyaluronic acid. #BrightEyes makes me look like I’m well rested, when in reality I’m running on broken sleep, coffee and handfuls of jellybeans. #partner