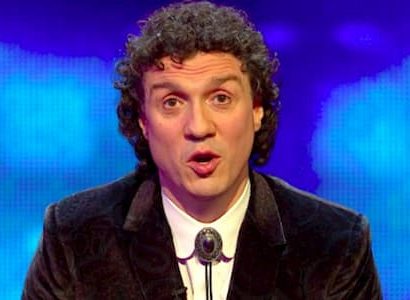 Darragh Ennis is an Irish scientist and quizzer serving as a lab manager and research technician at the University of Oxford. He is the sixth chaser on the ITV game show ‘The Chase’ going with the nickname ‘The Menace.’

Where Was Darragh Ennis Born

Ennis was born in Dublin, Ireland.

Some sites claim that his height is 5 feet 7 inches tall, something that he has disputed on his Instagram account, In the comment section he says he stands at a height of 4 feet 10 inches tall, it is not clear whether he is joking or not.

His nickname is ‘The Menace’ which is a pun on his initials, D. Ennis.

Ennis holds a Bachelor of Science degree and Ph.D. in Biology, Ecology both from Maynooth University.

He has not revealed any information about his family.

Ennis has not revealed his marital status. It is not clear whether he has a partner or not.

According to his LinkedIn account, he is a lab manager and research technician at the University of Oxford, Biochemistry Department. He is a former postdoctoral fellow at Concordia University. He also served as a biomedical scientist at ICON plc.

Darragh serves as a ‘chaser’ on ITV show, The Chase. He joined Bradley Walsh’s team of brainboxes as the sixth Chaser alongside Anne Hegarty, Paul Sinha, Mark Labbett, Jenny Ryan and Shaun Wallace. The show airs every weeknight at 5 pm on ITV. He first made his appearance on Thursday 19th November. As of December 2020, he was yet to be beaten by the contestants and made history by offering one player £120,000 if she went high, which she did only to lose her chase.

He previously was a contestant on the show back in March 2017. He bagged his team £9000 in the cash builder round, while his teammates decided to take minus offers and decreased the jackpot by £2700. He became a viral sensation when the hashtag #Justicefordarragh started trending on Twitter and fans of the show even created a Gofundme page to raise him the money.

How much did Darragh Ennis win on the chase?

While appearing as a contestant in 2017, he displayed quizzing brilliance to win £9,000 in his Cash Builder, and successfully managed to take this amount home. However, all three of his teammates took the lower offer, including two minus amounts. In the Final Chase, the team set a target of 23 steps, with Darragh contributing 14 correct answers. They defeated chaser Paul Sinha but won just £1,575 each.