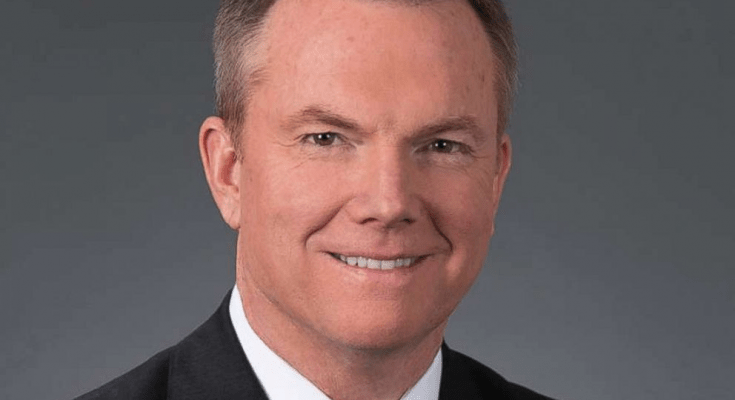 David Kerley (Paul David Kerley III) is an American journalist and the Senior Transportation Correspondent for ABC News based in Washington, DC.

Information about his siblings is undisclosed.

He married Janet Myers and they reside in McLean, Virginia. Myers was  a reporter at KTVB in Boise in the early 1980s and later at KING-TV in Seattle.

Kerley and his wife, Janet, have two children.

He is the Senior Transportation Correspondent for ABC News based in Washington, DC. He joined the network in 2004 and covers aviation, railroads, the automobile industry, and space for all ABC News broadcast and digital properties, including “World News Tonight,” “Good Morning America,” “Nightline,” ABC News Radio, and ABCNews.com.
Since joining ABC News, Kerley’s work has taken him around the world, traveling to every continent except Antarctica, covering breaking news stories, including the shooting of Louisiana Rep. Steve Scalise and several deadly mining disasters in West Virginia. He also broke the news worldwide that some systems on missing jetliner MH370 were intentionally shut off.
He is an Emmy award winning journalist and has been honored with Peabody and Edward R. Murrow awards. His reporting on wasteful government spending earned him the prestigious Joan Barone award from the Capitol Hill Radio and Television Correspondents Association.
Prior to joining ABC News, Kerley spent more than 20 years anchoring and reporting in several cities. Most recently he was the primary anchor at WBBM-TV in Chicago. Before his work in Chicago, he worked for stations in Seattle, Boise, Idaho and Santa Maria, California.

Discovery and Science channels are teaming up to give us a multiplatform experience looking behind the scenes at SpaceX’s first-ever crewed launch.
The mission, called Demo-2, was scheduled to lift off Wednesday (May 27) at 4:33 p.m. EDT (2033 GMT) from NASA’s Kennedy Space Center in Florida. Discovery and Science channels aired a live launch broadcast that day beginning at 2 p.m. Eastern (11 a.m. Pacific), which was hosted by Christian Davenport (journalist at The Washington Post), Chris Jacobs (television host for several past Discovery events) and ABC News correspondent David Kerley.
Demo-2 will send NASA astronauts Bob Behnken and Doug Hurley to the International Space Station (ISS) aboard a SpaceX Crew Dragon capsule. Its liftoff will be the first launch of astronauts to orbit from U.S. soil since the last space shuttle mission, STS-135, launched from Florida in July 2011. Since then, NASA astronauts have relied on Soyuz spacecraft launched from Baikonur Cosmodrome in Kazakhstan to reach the ISS.

His net worth is $9 Million.