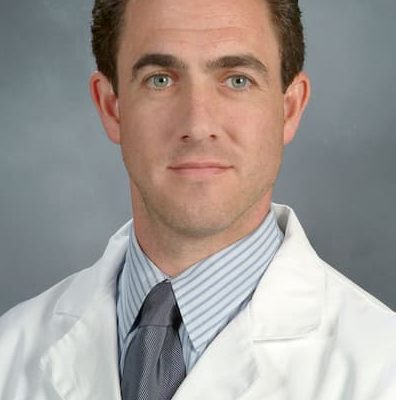 John Boockvar is a neurosurgeon serving as the vice-chair at the Department of Neurosurgery in Lenox Hill Hospital and also a director at the Brain Tumor and Pituitary/ Neuroendocrine Center. He is also a professor of Neurological Surgery at the Zucker School of Medicine in Long Island.

He has a Bachelor’s degree in Biology (Biological Sciences, General) from the University of Pennsylvania. He also completed his residency at the same institution School of Medicine. He has an M.D. from SUNY Brooklyn-Downstate Medical Center.

He has a brother known as Kenny Boockvar.

Nothing like starting my day with breakfast with my twin brother! How’s your morning? pic.twitter.com/589HaQkFNt

Climate may change but one thing remains the same @jodiboockvar you are the best partner a man can ask for…Happy 20th. Thank you. I love you so much.

Dr Boockvar together with his wife Jodi are parents to four children; Ivy, Nate, Charlie and Daph.

John is a neurosurgeon at Lenox Hill Neurosurgery where he also serves as the Director of the Brain Tumor Center, Pituitary/Neuroendocrine Center and the Acoustic Neuroma Program of the Department of Neurological Surgery and the New York Head and Neck Institute at Lenox Hill and Manhattan Eye, Ear and Throat Hospitals.

He is also an honorary surgeon of the NYPD. He was selected to the American Academy of Neurological Surgeons in 2016 and to the Senior Society of Neurosurgeons in 2017.

He was also a featured neurosurgeon on the ABC hit show NY MED. He has repeatedly featured on CNN, ABC, CNBC, CBS, and Fox News Channel, and has appeared on The Dr. Oz Show as well as in the New York Times, New York Daily News, and Crain’s Business Journal among others.

He is also a Professor of Neurological Surgery at the Zucker School of Medicine at Hofstra-Northwell.

Dr. Boockvar has been recognized for his novel research in brain tumors and stem cell biology. His research has been widely published and he has received numerous national awards including the Eric Lichtenstein Humanitarian Award from Voices Against Brain Cancer for his compassionate work in treating patients with brain cancer.

Dr. John is featured on Netflix docu-series, Lenox Hill which follows two brain surgeons (including Boockvar), an emergency room physician and a chief obstetrics-gynecology resident as they and their colleagues relay good news and bad to patients and navigate the emotional highs and lows of hospital life. Lenox Hill is a hospital in Manhattan’s Upper East Side.

Dr. John serves as the Vice-Chair of Neurosurgery at Lenox Hill Dr. Boockvar is also the Director of Brain Tumor and Pituitary/Neuroendocrine Center at Lenox Hill, an Investigator for the Laboratory of Brain Tumor Biology at the Feinstein Institutes for Medical Research.

He left Cornell to join Lenox Hill when it was starting.

During an interview with The NY Post, he said that the show was not faked; “We didn’t fake it. This is a documentary that its intent was to tell the truth and to show and expose the beauty of what goes on inside these great walls of hospitals across the nation and really to tell the stories of the patients and their suffering, and their success, and their crying, and the laughing, and the joys and the tears that go with it.”

The show was filmed between spring 2018 and fall 2019, before Corona took hold. She told The Post; “What I would tell myself, if I had a crystal ball before COVID, is, ‘Get ready’. The current day, during the pandemic, was unlike anything we’ve ever seen. Not just [us] in the documentary but any health-care professional. We never had a day like we had during the pandemic.”