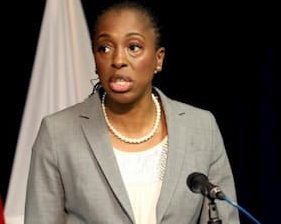 Dr. Ngozi Ezike is a board-certified internist and pediatrician in Chicago, Illinois. She is the director of the Illinois Department of Public Health. She previously served as medical director at the Juvenile Detention Center, the largest juvenile detention facility in Cook country.  She is also an assistant professor in the Department of Pediatrics at Rush University.

She is a national policy advisor on juvenile correctional health topics and has presented at numerous local and national conferences for medical professionals and youth audiences alike.

She belongs to the African race.

Dr. Ngozi graduated from the University of California at San Diego with a medical degree. She also has a bachelor’s degree in chemistry from Harvard University. She also holds a management certificate from Harvard Business School and is an assistant professor in the Department of Pediatrics at Rush University.

Ezike has managed to keep her family from the limelight but she has revealed that they are Nigerian immigrants. Her father died in February 2020.

Ezike is married although the name of her husband is unknown.

She is a mother to four children.

Missed my sweeties during challenging months of study for CORe @HarvardHBX but all smiles now#missionaccomplished pic.twitter.com/kom7ebp6GM

Ngozi served for more than 15 years in Cook County Department of Public Health (CCDPH). She began her career as an attending physician at Cook County Health.

In 2007 she became a medical director at Austin Health Center where she actively engaged with the community on a variety of health initiatives. She has delivered inpatient care at Stroger Hospital as well as primary and preventive care in community and school-based clinics.

In 2009 she became the medical director of Cermak Health Services at Juvenile Temporary Detention Center of Cook County, the largest single site juvenile detention facility in the country. She was instrumental in creating and implementing the facility’s health policies as the first step of many for coming out of federal receivership and achieving national accreditation for the detention center. As part of Healthy JTDC 2020, she partnered with profit and non-profit organizations to
sponsor the center’s first running program which culminated in a 3K/5K run event for the detained youth.

Cook County Health CEO Dr. John Jay Shannon said in a statement that as a community-based physician, Ezike “took special interest in obesity, diabetes and breastfeeding—three public health issues she will be able to advocate for on a larger scale in her new role as the director of the Illinois Department of Public Health. On behalf of Cook County Health and the many patients she has served, we are immensely proud and look forward to working with Dr. Ezike in her new capacity.”

As the Director of the Illinois Department of Public Health Ezike gives updates about COVID-19 in Illinois.