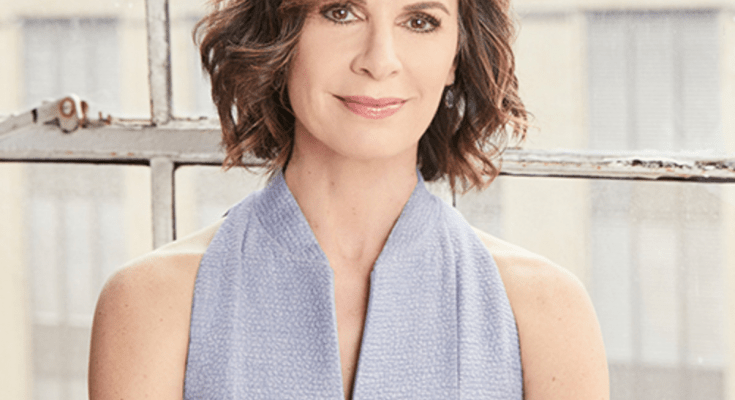 s. Elizabeth Vargas is an American television journalist who is the lead investigative reporter for A&E Networks. She began her new position on May 28, 2018, after being an anchor of ABC’s television newsmagazine 20/20 and ABC News specials for the past 14 yearIn 2006 she was co-anchor of World News Tonight alongside ABC News journalist Bob Woodruff.

She stands at 5 feet 9 inches tall.

She graduated from an American high school in Heidelberg, where she realized her passion for journalism.
Vargas enrolled at the University of Missouri in Columbia in 1980 and graduated with a bachelor’s degree in journalism in 1984, having served as a student reporter at KOMU-TV and a student editor at KBIA. Former advisors spoke well of her competency in her journalism work on campus; Rod Gelatt, former KOMU news director, noted that she was the first student to ever fill-in for him as moderator of the station’s “Missouri Forum” public affairs program and Kent Collins, chairman of the university’s journalism faculty, remembered her aggressive and energetic work ethic.

She is the daughter of an Italian-Spanish father, Rafael “Ralf” Vargas, a colonel in the U.S. Army from Puerto Rico, and an Irish-German-Swedish mother, Anne Vargas, a part-time English teacher. Her father was a U.S. army captain and moved the family to Okinawa when she was four years old.

She has two siblings, Amy and Christopher, who both work in tech in Silicon Valley.

On July 20, 2002, Vargas married singer-songwriter Marc Cohn after three years of dating. The pair met at the 1999 U.S. Open after Vargas sought an interview with Cohn’s friend, Andre Agassi. In August 2014, Entertainment Tonight reported that Vargas and Cohn were divorcing after 12 years of marriage. This was days after Vargas came out of rehabilitation for alcoholism for a third time.

In June 1996, she joined ABC News’ Good Morning America as the newsreader. She was promoted to prime time magazine show correspondent In June 1997, succeeded by Kevin Newman as newsreader. In 2002, she became one of the anchors of 20/20 Downtown, which was later rebranded Downtown before being rebranded again in 2003 as Primetime Monday before its end. She later reported occasionally for Primetime. She was also named anchor of World News Tonight Saturday and presented with the opportunity to develop specials for Primetime. In November 2003, Vargas became anchor of World News Tonight Sunday. She was named co-anchor of 20/20 in May 2004.

She was the first national evening news anchor of Puerto Rican and Irish-American heritage and also the third female anchor of a network evening newscast in the U.S. since Connie Chung and Barbara Walters. In 1999, she won an Emmy Award for her coverage of the Elián González story, and in 1998 she was nominated for an Emmy Award for her 20/20 investigation into the wrongful conviction of Betty Tyson.

On May 23, 2006, she announced her resignation from World News Tonight. Gibson was then named sole anchor of the show, effective from May 29, 2006, replacing Vargas and Woodruff. In late 2006, she returned as co-anchor of 20/20 and primary host of ABC News specials. In 2008, she hosted “Elvis: Viva Las Vegas,” a television documentary that explored Elvis’ triumph in Las Vegas and his artistic legacy, and featured performances and interviews with various stars, including Paul McCartney, Beyoncé, Dwayne Johnson, Faith Hill, David Lynch, Jon Bon Jovi, Celine Dion, and Priscilla Presley.

In 2013, she won a Peabody Award for her contributions in ABC News’ coverage of Hurricane Sandy on 20/20.

In a special edition of 20/20 that aired on September 9, 2016, Vargas opened up about her struggles with anxiety and alcoholism and further talked about her upcoming book Between Breaths: A Memoir of Panic and Addiction, which discusses those struggles. In October 2016, she appeared in an episode of ABC’s Designated Survivor.

In April 2018, A&E Originals signed Vargas to a first-look and production deal. She would serve as anchor of its A&E Investigates, its banner for new non-fiction prime time journalism programming. She broadcast her first A&E Investigates series on A&E, Cults & Extreme Belief, in May 2018. The Untold Story, a series focusing on the untold stories of influential people and events, premiered in April 2019.
She is now the anchor of News Café on A&E’s FYI Network.

The veteran ABC News network anchor sat down with Diane Sawyer for a special edition of ABC News “20/20” to talk for the first time about her long struggle with alcoholism and anxiety, and her recovery process.
In the interview and in her new book, “Between Breaths: A Memoir of Panic and Addiction,” to be released on Tuesday, she shares that she suffered repeated relapses, was almost fired from ABC News and that her marriage to singer-songwriter, Marc Cohn, ended in no small part because of her drinking.
Vargas says she hit rock bottom two years ago, knows it’s an act of grace that she’s alive today. There was one occasion, she said, when her blood alcohol level was at .4 – a lethal amount.
“And even that didn’t scare me into stopping,” she said.
“When you’re in the cycle of this disease though, it doesn’t matter how much you have or how little you have, I—it didn’t matter,” she continued. “It leveled me. It knocked me flat on my butt. I lost sight of everything.”

Her net worth is $6 million.