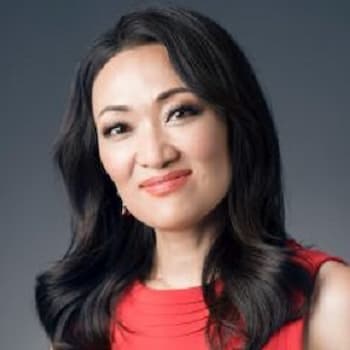 Her year and place of birth are unknown.

Eunice stands at a height of 5 feet 7 inches tall.

She is an American.

She holds a Korean-American ethnicity.

Eunice has kept her personal life off the limelight and she hasn’t revealed any information regarding her family background. It’s therefore not known who her parents are and it’s also not known if she has any siblings.

Yoon has not revealed any details regarding her dating life. It’s therefore not known whether she is married, dating, or single. Its also not known if she has any children since she hasn’t revealed any information regarding them.

Eunice played basketball at Woodson High School from 2018 through 2020.

Yoon is CNBC’s Beijing Bureau Chief who rejoined the network in November 2012 to deepen CNBC’s coverage of China. She anchors “Inside China” and reports business and economic headlines providing viewers with clear analysis and up-to-the-minute coverage of the news moving the China markets.

Yoon has documented the rise of China and its influence across the global economic and geopolitical landscape. She has interviewed newsmakers and tracked economic and business trends, reporting on the lifestyles of the super-wealthy as well the nation’s poor. She has reported on events in China, such as U.S. President Donald Trump’s 2017 visit and the rise in power of Chinese leader Xi Jinping.

Yoon is known for her coverage of major news events, such as the disappearance of the Malaysian flight Malaysia Airlines Flight 370 and the Sinking of MV Sewol. She was one of the first journalists to reach the 2008 Sichuan earthquake zone in 2008 and contributed to a team that won the Alfred I. duPont–Columbia University Award, in which she reported on the 2004 Indian Ocean earthquake and tsunami.

Yoon previously served as CNN’s Beijing-based Correspondent, responsible for the network’s news coverage of China alongside Senior International Correspondent Stan Grant and Beijing Bureau Chief Jaime FlorCruz. She has investigated the wave of protests triggered by grassroots discontent, the government crackdown on activists in the wake of the Arab Spring, the impact of the nation’s worst drought in half a century, and the complicated relationship between China and neighbor North Korea.

She has interviewed numerous newsmakers as well as ordinary Chinese citizens, including victims of the property boom forced to live in underground shelters and a father reunited with his kidnapped son thanks to an online movement to find lost children. She also tracked consumer trends such as how the Chinese are forming organic food buying clubs in the wake of several food safety scandals. She was formerly the network’s Asia Business Editor based in Hong Kong where she focused particularly on the rapid economic development of the region and the impact of the global financial crisis.