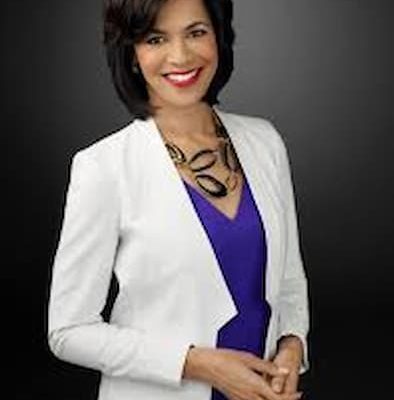 Fredricka Whitfield is an American media personality working for CNN. She anchors the weekend edition of CNN Newsroom from CNN’s world headquarters in Atlanta and previously worked as a correspondent for NBC News and as a reporter and anchor at WPLG-TV in Miami.

Whitfield attended Paint Branch High School in Burtonsville, Maryland, graduating in 1983 and earned a bachelor’s degree in journalism from Howard University’s School of Communications in 1987.

Fredricka is the daughter of Malvin Greston Whitfield and Nola Whitfield. Her father nicknamed  Marvelous Mal was a five-time Olympic medalist who won three gold, one silver, and one bronze, and a Tuskegee Airman tail gunner who flew 27 combat missions in World War ll and the Korean War. He also served as a U.S. State Department foreign service officer and Ambassador of Sport. Mal  established the Whitfield Foundation to promote sports and academics around the world and also wrote the book Learning to Run, which was translated into French. His memoir was published by his foundation and titled Beyond the Finish Line. He died at a Department of Veterans Affairs hospice center in Washington, D.C. on the night of November 19, 2015, aged 91. Her mother was a policewoman and belonged to Nigerian descent and has an African-American ethnicity derived from her white father and an African mother.

She was brought up alongside her three siblings Nyna Konishi, Malvin Lonnie Whitfield and Ed Wright, accomplished high jumper.

Whitfield is married to John Glenn A photojournalist who owns his own photography company J Glenn Photography through which he has worked with companies including Coca Cola, democratic National Committee, Sun Trust Bank and many others. He has previously worked for several companies and organizations including the Atlanta Journal Constitution serving as the director, Fort Lauderdale Sun-Sentinel, USA Today, Gannett News Service and the Airline Pilots Association magazine. He is a graduate of George Mason University. The duo exchanged their marriage vows in 1999.  Whitfield revealed that before her wedding,  she was assigned on a road trip. However, she overstayed on her trip, and as a result, she was left with less than a week to prepare for her wedding.

Fredricka and her husband are proud parents of three kids, a son John Malvin Glenn who was born on January 2005. fraternal twins, Nola Amanda Glenn and Gilbert James Glenn who were born in November 2012.

Fredricka joined CNN in 2001 and serves as an anchor for CNN and based in the network’s world headquarters in Atlanta. She anchors the weekend edition of CNN Newsroom and has covered stories from the Cuban-Haitian refugee crisis in the 90s, to the 2000 Bush-Gore presidential race and recount, the Kosovo War refugee crisis, the Afghanistan War and start of second Iraq War, the 2008 Inauguration of President Barack Obama, the Atlanta, Beijing and London Olympic Games, the 50th anniversary of Voting Rights Act in Selma Alabama, the 2016 Presidential primary races and Democratic National Convention. Breaking news coverage includes the recent Virginia Beach, Va. municipal building mass shooting.

Prior to joining CNN, Whitfield was a correspondent for NBC News and served as an Atlanta-based correspondent for NBC Nightly News, The Today Show and Dateline NBC and was a reporter and anchor at WPLG-TV in Miami, an evening anchor for News Channel 8 in Washington, D.C., and a general assignment reporter at KTVT-TV in Dallas as well as at WTNH in New Haven, Conn. She also served as a reporter and morning anchor for WCIV in Charleston, S.C.

Whitfield has garnered multiple awards and honors for her broadcasting. In 2000 she earned an Emmy award nomination for long form storytelling, while other notable awards include the 2002 Howard University School of Communications Alumna of the year, 2004 Alfred I. DuPont Award winning team for CNN’s coverage of the tsunami disaster in Southeast Asia, 2005 George Peabody award for the network’s live coverage of Hurricane Katrina and aftermath, 2005 Ebony award for Outstanding Women in Marketing and Communications, 2007 Emmy award for outstanding live coverage of a breaking news story long form, 2008 NAMD Communicator of the year, 2008 Howard University postgraduate achievement in the field of Journalism, and 2009 NYABJ long form feature. Whitfield was also a part of the network’s Peabody Award winning coverage of the 2010 Gulf Oil Spill and the 2011 Arab Spring. In 2017 Whitfield was nominated for a NAACP Image Award as Outstanding Host in a Talk or News/Information Series and in 2019 was named an 60th Anniversary Honorary Board Member of Alvin Ailey Dance Theater.