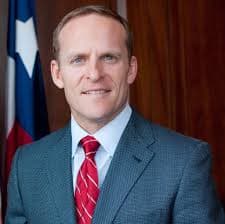 Grant Stinchfield is an American media personality working as an Investigative Reporter and fill in Sports Anchor for NBC 5 News. He also  hosts The Stinchfield Report from 3 to 7 p.m. weekdays on KLIF/570 AM .He previously served  as the investigative reporter for NBC 30 Connecticut News and  also served as a frequent contributor to MSNBC.

Grant was born in New York but his exact date, month and year of birth is unknown.

Stinchfield has not revealed any information regarding his parents and it’s also not known if he has any siblings.

Grant is currently in a relationship with Amy Baumiller, a personal chef who grew up in Ohio. She graduated with a bachelor of science degree in Dietetics from Bowling Green University, He was previously married to Amy Vanderoef , an Emmy-nominated former host on WFAA’s Good Morning Texas and on-air personality on the Rodney Anderson Show on News Talk Radio 1190 AM. Amy is a graduate of the American Musical and Dramatic Academy (AMDA) in New York City and  began her performing career with the New York USO, entertaining US military forces and veterans at military bases and hospitals. She officially launched “Chasing Amy,” a website where she  focuses on stories of risk and reinvention — including her own. Explaining why she left Channel 8,she said“ I needed to up my online presence,” Vanderoef says. “I kind of failed at that when I was on TV at Channel 8, because I thought, ‘Well, my viewers can find me right here on TV; I don’t need to be online,’ And of course, that’s just not true. So I got a good team together, a social-media team with Crush Media and a PR team, Volk PR, and we created this website.”

Grant together with his ex wife has a son named Wyatt .

Stinchfield, joined WXAS-TV, an NBC affiliate serving Dallas-Fort Worth in 2002. Here, he  spearheaded the Emmy-winner “Identity Crisis,” which led to 14 new laws designed to not only prevent identity theft, but help victims recover. He also exposed flaws in Dallas police procedures that limited the capability of officers to arrest drug dealers. That led to changes that gave the police greater flexibility in chasing down suspects.

Prior to working for NBC, Grant also worked for KECI-TV, Missoula, Mont., where he anchored the morning newscast. He also worked with the NRA and helped that organization launch NRATV where he was the lead host. His program there was instrumental in holding lawmakers accountable when it comes to fighting for our Second Amendment rights .He then moved on to Fort Myers, Fla., as a weekend anchor and lead reporter.

Grant was  an investigative reporter at WVIX-TV in West Hartford, Connecticut. Here, he aired the Emmy Award winning series, “Cold Case: Tracking the Truth,” profiling numerous unsolved murders. On one occasion his report directly led to the arrest of four people who murdered a young man while he was driving home from work. All four suspects confessed to the crime. Stinchfield is currently the evening drive time conservative talk show host in Dallas, Texas, on 570 KLIF, a Cumulus Station

Stinchfield is a Four-time Emmy Award winner and 16-time Emmy Nominee. He has also been recognized as the Mothers Against Drunk Driving Journalist of the Year, Associated Press Investigative Reporting Award, CT Safe Kids Achievement Award, and International Association of Firefighters Achievement Award.

Stinchfield ran in the 2012 election for the U.S. House, representing Texas’ 24th District. He was defeated by incumbent Kenny Marchant in the Republican primary on May 29, 2012.Although unsuccessful, he quickly became a leading voice of conservative thought in Texas.

Grant is also a  professional boxing judge ,a 6 handicap golfer and  an avid poker player. Grant is also a business owner, operating both a large auto care business and trucking company that contracts with Fortune 500 companies.

Grant is a successful entreprenuer who  has founded, bought and sold numerous businesses icluding a trucking company that contracts with a fortune 500 company to move goods across the southwest region and beyond  as well as a large auto care business; both of those companies are located in Dallas, Texas