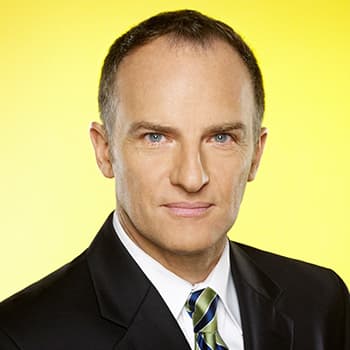 Guillermo Arduino is an Argentine  media personality working as an anchor and correspondent  for CNN and based at the CNN Center in Atlanta .He is the host  of  CNN en Español’s daily afternoon show Encuentro and also hosts  Clix, the network’s technology program. He previously worked as a news anchor for the NBC International networks.

Not much is known about his parents but he revealed that his  mother succumbed to cancer while his father died months later. On July 16, 2019, during the start of the Encuentro show, broadcast by CNN in Spanish, Arduino stated: “Two days ago it was nineteen years since the death of my Mother, a devastating cancer that she endured with unbreakable stoicism; she said that when she died she would not know what would be my Father’s … and he left, only months later.” It’s also not known if he has any siblings.

He has kept his personal life off the lime light and therefore it’s not known if he is dating, married or single.

It’s not known if he has any kids since he has kept his personal life private.

Guillermo joined CNN  as an international weather anchor.  In 2002 he became an anchor for CNN World View and served as anchor during the Iraq War and the War in Afghanistan. He now works as an  Anchor and Correspondent for the CNN Networks based at the CNN Center in Atlanta and anchors  CNN en Español’s daily afternoon show Encuentro and also hosts  Clix, the network’s technology program, winner of a 2014 Daytime Emmy for outstanding entertainment show in Spanish. He previously anchored  Mirador Mundial, the network’s primetime weekend news program.

For the previous 13 years, Arduino worked for CNN International (English language) as anchor and corresponding for environmental / meteorological sciences, and since 2004, hosted CNN World Report, an international news program featuring unedited reports from hundreds of news stations worldwide and  also served as anchor for iReport for CNN and CNN’s Global Challenges.

Prior to joining CNN, he previously worked as a news anchor for the NBC International networks where he served as morning anchor for the morning shows at NBC Spanish and  covered major events from both the studio and on location. He also interviewed  both in Spanish and English, several heads of state and high-profile dignitaries from around the world.

He also worked in  Buenos Aires as a news anchor on CVN-America, where he presented news briefs on top stories from around the world. He also worked as a radio news reader and host on FM SI San Isidro, Radio América and Radio Argentina and  was also a radio announcer for the classical music radio station FM Clásica.

He has an estimated net worth of $ 4million.