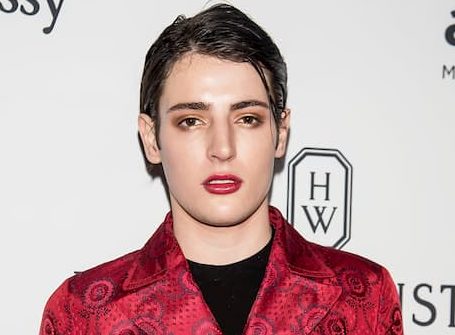 Harry Joseph Brant was a model and the youngest son of billionaire Peter Brant and supermodel Stephanie Seymour. He died on January 18, 2020 at the age of 24 after suffering an accidental prescription drug overdose according to The New York Times.

Harry is the son of billionaire Peter Brant and supermodel Stephanie Seymour. Peter is an industrialist, magazine publisher, film producer, and art collector. He is the owner and chairman of Brant Publications, Inc. (BPI).BPI publishes three magazines: Interview, the Magazine Antiques and Modern

Stephanie is a model and actress who was one of the most famous supermodels of the 1980s and 1990s. She is a co-founder of the lingerie line Raven & Sparrow which features high end vintage inspired pieces designed for comfort, ranging from camisoles and rompers to silk robes and nightgowns.

Harry was a model who appeared in campaigns for Balmain as well as Italian Vogue. As a teenager he was a columnist for his father’s Interview magazine.

Together with his brother, Peter, they founded a unisex makeup line with MAC Cosmetics titled ‘The Brant Brothers, releasing collections in 2015 and 2016.

Brant hadn’t revealed his sexual orientation at the time of his death but his brother Peter is openly gay.

Harry struggled with drug addiction and prior to his death, his parents said he was planning to enter a new drug rehabilitation center this year and had hoped to return to play a larger role in the creative side of Interview magazine.

On July 28, 2016 he was found with drugs after the police conducted a search after arresting him for refusing to pay taxi fare. He was arrested and charged with resisting arrest and drug possession after allegedly refusing to pay a taxi fare. He was charged with larceny in the sixth degree. He reportedly refused to pay a $27.85 fare to Stamford Taxi after being driven to Greenwich Avenue and ran off on foot.

When he was arrested, the police conducted a search and found a small wallet on him which held a baggie containing a white substance that later tested positive for narcotics.

Harry died on January 18, 2020. His family said in a statement: “We will forever be saddened that his life was cut short by this devastating disease. He achieved a lot in his 24 years, but we will never get the chance to see how much more Harry could have done.

Harry was not just our son. He was also a wonderful brother, loving grandson, favorite uncle and a caring friend. He was a creative, loving and powerful soul that brought light into so many people’s hearts. He was truly a beautiful person inside and out.”

Harry Brant Cause of Death

According to The New York Times, Harry died after an accidental drug overdose of prescription drugs.