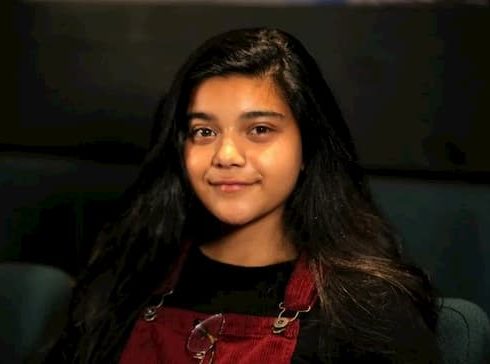 Iman Vellani is a Pakistani-American actress who is set to play the role of Kamala Khan, the titular hero in the Disney+ series “Ms. Marvel.”

There is no public information available about her family.

Iman is a Pakistani- American. During an interview with CBC News, she said she was able to relate to the film ‘Hala’ as it follows ” Hala who is this Pakistani-American-Muslim teenager with immigrant parents, actually just like myself.”

She is a Muslim by religion.

Vellani is an upcoming actress. In 2019 she was part of the Toronto International Film Festival (TIFF) Next Wave Committee. The committee is tasked with adding a special tag to films — already programmed into other categories — which they believe will resonate with their peers.

“We want stories from different genders and different countries and different people. I think that’s really important because then people are going to understand each other. Even if they can’t relate to it, you learn from it … Our big goal is to just help people understand other perspectives.” Iman said.

Imani has been cast as Kamala Khan, the titular hero in the Disney+ series “Ms. Marvel.” According to Deadline, Ms. Marvel hails from writer Bisha K. Ali and centers on Kamala Khan, a Pakistani-American teen based in New Jersey. Ms. Marvel first appeared in 2014 as Marvel’s first Muslim character to star in her own title, and she will become Marvel Studios’ first onscreen Muslim hero. Marvel Studios chief Kevin Feige has said that in addition to appearing on the small screen, Kamala Khan will be included in future Marvel films.

The character was created by G. Willow Wilson for Marvel Comics, along with editors Sana Amanat and Stephen Wacker. On her Twitter account, she called Imani a real deal.

I guess this news is out. 👀 Congrats, Iman! https://t.co/F3VAca5uiQ

Kamala Khan character first appeared in Captain Marvel #14. She is a teenage girl who has polymorphing powers that allows her to ’embiggen’ or shrink any parts of her body. She uses her powers to protect her hometown of Jersey City, and eventually joins the Avengers.

Iman has no other acting credits according to her IMDB page. Ms Marvel where she plays the role of Kamala Khan is set to be her first role.