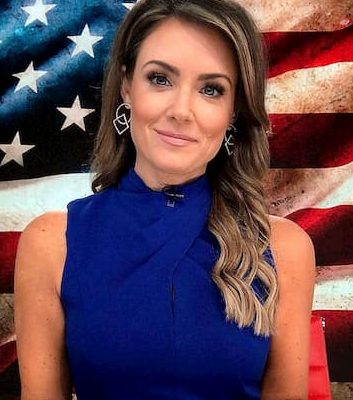 Jillian Mele is an American Emmy award-winning media personality serving as a co-host on the Fox & Friends First show on Fox News Channel.

Jillian stands at a height of 5 feet 8 inches tall.

Mele is the daughter of Thomas Mele and Roseanna Mele who is a registered nurse. She was brought up alongside two brothers.

Mele is not married, but according to a 2016 tweet she is in a relationship although she has not revealed with who.

I have a boyfriend, but thank you

Jillian joined Fox News in March 2017 where she co-hosts FOX & Friends First (weekdays 5-6 AM/ET) alongside Rob Schmitt. She also serves as a member of FNC’s morning show franchise, FOX & Friends (weekdays6-9 AM/ET) where she reports on the latest news headlines and contributes to daily segments.

She previously served as a co-host on Comcast Sports Net Philadelphia’s (CSN Philly) local morning news program, Breakfast on Broad where she earned an Emmy Award for her work.

She worked with WCAU-TV (NBC 10) in Philadelphia, PA for seven years where she reported in various capacities, including news, sports and traffic reporter. She began her career as a local news anchor for stations in Presque Isle, Maine, and Binghamton, New York.

Mele revealed that while in high school she was fond of dancing. She said she grew up a ballerina and that she danced for 13 years. She however gave up dancing to persue other sports.

“I grew up a ballerina. I danced for 13 years and it was my favorite thing to do as a kid. Tap, jazz, ballet – you name it, I did it all! Hindsight is always 20/20, but if I could go back, I would have continued with ballet. I stopped dancing when I wanted to pursue other sports, which leads me to the next thing you may not know… Sports have always been huge in my life. I grew up going to every Philadelphia Flyers home game with my dad, and every year we went to the Flyers Wives Fight for Lives Carnival with my family… Three years ago, in Aruba, where we vacation, I played golf for the first time with my dad. Since then, I’ve been hooked. My love of ballet as a kid is equivalent to my love of golf as an adult.”

Jillian is a golf fanatic, she revealed she played golf for the first time with her dad and since then she has been hooked.

People always ask how I learned to golf and where my love of the game comes from. That’s easy to answer. My family. I learned to play with my dad and uncles. I was super proud to eventually be able to hold my own with my Grandpop – a scratch golfer. I, on the other hand, am not a scratch golfer. 🤣 But I have these wonderful memories to last a lifetime and I’ll keep trying for birdies in your honor. (Swipe the photos, you’ll see how excited he was when I got my first birdie!) RIP Grandpop, I am happy we got to spend time with you this summer, masks and all. 🏌️‍♂️🏌️‍♀️

It’s a rainy Monday. Thought my blazer might brighten it up 💁‍♀️