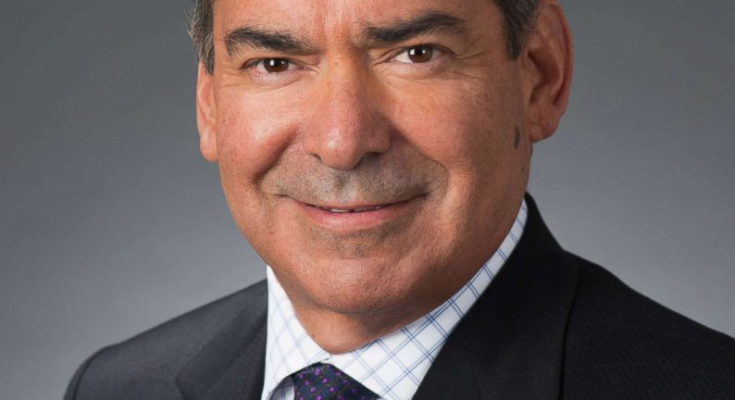 Jim Avila is an American television journalist, currently the Senior Law and Justice Correspondent for ABC News. Before joining ABC, he was a correspondent for NBC News. He frequently anchors ABC’s World News Saturday.

He graduated from Glenbard East High School with the name of Jim Simon.

Jim Simon, Avila’s father, and his mother, Eve Avila, were both descendants of immigrants. Avila referred to his mother as “the gorgeous Latina down the street” and his father was the only white kid at Los Angeles Garfield High School; both of his parents were missionaries.

He has other siblings including Jaie Avila.

He is a married man though he has managed to keep his wife out of the limelight and so is her name.

He has three kids, Jamie, Jenny and Evan.

He is the senior national correspondent and “20/20” correspondent based in Los Angeles. In this role, he specializes in law and justice and consumer investigations. He covered the White House from 2012 to 2016 and won the prestigious Merriman Award from the White House Correspondents Association for breaking the news that the United States and Cuba had reopened diplomatic relations.
He joined ABC from NBC News, where he had served as National Correspondent for “Nightly News” since January 2000. Since 1997, Avila averaged 130 reports a year on “Nightly News,” which was the highest number for any minority in broadcast history.

Before being named National Correspondent at NBC, he was a Chicago bureau correspondent. Prior to NBC, Avila was anchor and the investigative reporter for KNBC in Los Angeles from 1994 to 1996. There he was the principal reporter on the O.J. Simpson criminal trial, helping the station earn the 1995 Golden Mike Award and a 1996 Emmy Award.
Before joining KNBC, he was political reporter and anchor at WBBM-TV, the CBS owned station in Chicago. From 1980 to 1984, he was a general assignment reporter for WLS, the ABC owned station in Chicago. Prior to that, he was a weekend anchor and the San Jose bureau chief for KPIX in San Francisco from 1976 to 1980. He began his broadcast career at KCBS Radio in San Francisco in 1973 as managing editor and was later promoted to bureau chief.
He earned a National Emmy Award for his coverage of the destruction of Grand Forks, North Dakota by flood and fire, and another Emmy for covering the fate of undocumented workers during the Southern California wildfires in 2008. He has received five Edward R. Murrow Awards and was awarded the prestigious Cine Golden Eagle Award for his portrayal of an immigrant couple who put their son through M.I.T by collecting reusable cans from the streets of Los Angeles.
In 2004, Avila was awarded the Monger son Prize for Investigative Reporting and has also received five Chicago-area Emmy Awards in the category of Spot News. In 1999, the National Association of Hispanic Journalists honored him with reporter of the year. In addition, he garnered three Peter Lisagor Awards from the Headline Club of Chicago, winning for his coverage of the Peru drug wars and the death of Mayor Harold Washington, and was named Best Reporter of 1989.

As soon as Jim  was diagnosed, he was determined to avoid dialysis and began looking into getting a kidney transplant at the Cedars-Sinai Comprehensive Transplant Center. Family members, including Avila’s three children, quickly volunteered to give him one of their kidneys.

Receiving a kidney from a sibling as opposed to a different relative often leads to more successful outcomes so Jaie Avila flew to Los Angeles for testing.

The tests revealed the brothers were a good match. A few weeks later, the Avila brothers underwent the transplant surgeries in side-by-side operating rooms. Within a few days, Jim left Cedars-Sinai with his new kidney.

“I wouldn’t have lived, I mean Jaie — Jaie and my kids — saved my life,” Jim  told News 4. “There’s no way I could have done six to eight years on dialysis. We had a big race to get this done before dialysis and we won the race which is great.”