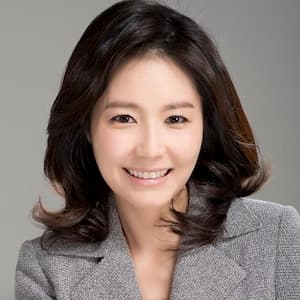 Joohee Cho is a Korean media personality serving as ABC News’ Seoul bureau chief and reporter covering the Korean peninsula. She contributes on- and off-air reporting to all ABC News broadcasts Cho previously worked at Asia Business News based in Singapore, which later merged with CNBC Asia as a producer and later as a correspondent in Hong Kong and Seoul.

A graduate of Georgetown University in Washington DC, Cho received both her Bachelor of Science and Master of Science in Foreign Service. She is currently a Ph.D. candidate in political communication and lecturer at Yonsei University in Seoul.

Joohee was born and brought up by her parents but she hasn’t revealed any information regarding them. It’s also not known if she has any siblings.

Cho has kept her private life off the limelight and therefore she has not shared any information about her marital status. It’s not known if she is dating, single or married.

She hasn’t revealed any information on whether she has any kids.

Joohee joined ABC News in 1999 as a producer in the Seoul bureau and serves as the bureau chief and reporter covering the Korean peninsula. In this role she contributes on- and off-air reporting to all ABC News broadcasts, ABC News Radio and ABC NewsOne, the network’s affiliate news service, and also regularly files for ABC News’ digital platforms, including ABCNEWS.com, ABC News NOW and ABC News’ webcasts.

In 2008, Cho was the first and only network journalist to report from inside Myanmar following the devastating cyclone that ravaged the country. She spent nearly a week reporting from the worst-hit areas in the Irrawaddy Delta, filing for “World News with Diane Sawyer” and its webcast, and for “Good Morning America.” Cho has contributed reporting to all ABC News broadcasts and platforms, including “World News,” “Nightline” and “Good Morning America.” She also contributed reporting to the award-winning primetime hour, “North Korea: Inside the Shadows,” anchored by Diane Sawyer.

Among the stories Cho has covered are the nuclear crisis in the Korean peninsula, the Korean stem cell scandal, the opening of Gaesong Industrial Park, the historic North-South Korean Summit in 2000, and the 2002 World Cup soccer games. Additionally, she has traveled to many North Korean cities, including Pyongyang, Shinpo, Mt. Kumkang, and Gaesong, and has interviewed hundreds of North Korean refugees. She also contributed to The Washington Post as a special Seoul correspondent. She reported and wrote articles primarily on North Korea-related issues, as well as Korean politics, the economy, and society.

Prior to joining ABC, she worked at Asia Business News based in Singapore, which later merged with CNBC Asia. There she worked as producer and, later, as correspondent in Hong Kong and Seoul, traveling extensively around Asia to cover business stories. She was also an anchor for several news magazine programs on Korean networks, including “Sisa Tonight Live” on KBS, “Media Watch” on EBS and “Power of Women” on MBC.

Cho was part of the ABC News team recognized with a Gracie Award from the Association of Women in Radio & Television for “North Korea: Inside the Shadows.”

Her net worth is not available.