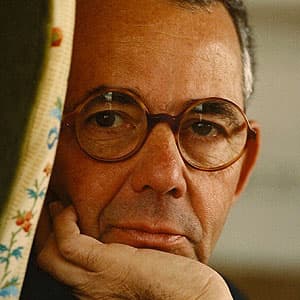 Who is Joseph Epstein

Joseph Epstein is a distinguished essayist and former lecturer in English and writing at Northwestern University. He previously served as editor of The American Scholar. He is an Op-Ed for The Wall Street Journal. In 2003 he was awarded a National Humanities Medal by the National Endowment for the Humanities.

He is the son of Belle and Maurice Epstein. His father was a Canadian who was a traveling salesman who also co-owned a costume-jewelry business. He has a younger brother although his name is unknown.

He is married to Barbara Maher since February 1976. This is his second marriage although there is no available details about his first wife.

Joseph has two children; Mark Burton from his first marriage and another son from his second marriage.

Epstein is an editor who began his career working on a political magazine in New York City. He also served as senior editor of the Encyclopedia Britannica and went on to become an editor at Quadrangle Books publishing company in Chicago.

In 1974 he became a visiting lecturer in the English department of Northwestern University and held the editorship of the “American Scholar.” In 1997 he was removed as editor of “The American Scholar”, following a 1996 vote of the Phi Beta Kappa senate. He claimed he was fired “for being insufficiently correct politically”.

He has also served as a contributor to the “New York Times Book Review,” “New Criterion,” “New Republic,” “New Yorker” and “Current History,” among others.

He is an Op-Ed editor and commentator for the Wall Street Journal.

In 2019 in an Op-Ed article on The Wall Street Journal he revealed that he was politically impartial. “I happen to be someone who, in politics, yearns for impartiality. I have never thought of myself as a locked-in party member, and over the years I’ve voted both for Democrats and for Republicans for president. I am, I suppose, the much-referred-to independent voter. In 2016, as a sign of my own impartiality, I voted neither for Mr. Trump nor Hillary Clinton. His coarseness, her falsity, put me off in equal measure.”

On December 11, 2020 Joseph wrote an op-ed for The Wall Street Journal titled, “Is There a Doctor in the White House? No if You Need an M.D.” In the article he wrote that Jill Biden should drop the “Dr.” before her name as it sounds and feels fraudulent as she holds a doctor of education from the University of Delaware earned through a dissertation.

“Madame First Lady—Mrs. Biden—Jill—kiddo: a bit of advice on what may seem like a small but I think is a not unimportant matter. Any chance you might drop the ‘Dr.’ before your name? ‘Dr. Jill Biden’ sounds and feels fraudulent, not to say a touch comic. Your degree is, I believe, an Ed.D., a doctor of education, earned at the University of Delaware through a dissertation with the unpromising title “Student Retention at the Community College Level: Meeting Students’ Needs.” A wise man once said that no one should call himself “Dr.” unless he has delivered a child. Think about it, Dr. Jill, and forthwith drop the doc.”

At the end of the article she urged her to drop ‘Dr’ at least in public. “As for your Ed.D., Madame First Lady, hard-earned though it may have been, please consider stowing it, at least in public, at least for now. Forget the small thrill of being Dr. Jill, and settle for the larger thrill of living for the next four years in the best public housing in the world as First Lady Jill Biden.”

Epstein is a former lecturer in English and writing at Northwestern University from 1974 to 2002.

After he published his Op-Ed on the WSJ, Northwestern University wrote in a statement that it does not agree with Epstein’s opinions. The University emphasized that a doctoral designation is “well-deserved” by any individual who has earned a Ph.D., M.D. or — in Biden’s case — an Ed.D.

“While we firmly support academic freedom and freedom of expression, we do not agree with Mr. Epstein’s opinion and believe the designation of doctor is well deserved by anyone who has earned a Ph.D., an Ed.D. or an M.D.

Northwestern’s Department of English also issued a statement; “The Department is aware that a former adjunct lecturer who has not taught here in nearly 20 years has published an opinion piece that casts unmerited aspersion on Dr. Jill Biden’s rightful public claiming of her doctoral credentials and expertise. The Department rejects this opinion as well as the diminishment of anyone’s duly-earned degrees in any field, from any university.”