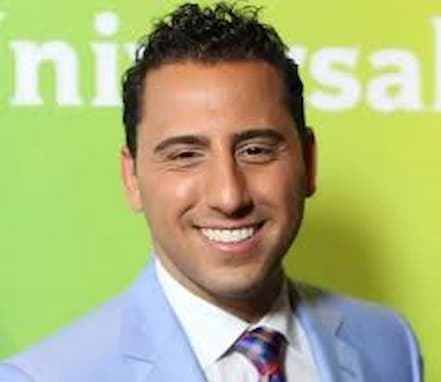 Josh Altman is an American real estate agent, real estate investor, and reality television personality. He appears on the television show Million Dollar Listing, on Bravo! television network and has also appeared on Keeping Up with the Kardashians and Giuliana and Bill on the E! network.

Altman was born on March 10, 1979, in Newton, Massachusetts, United States.

He stands at a height of 5 feet 9 inches tall.

Altman attended Newton South High School and graduated in 1997. He then joined Syracuse University and graduated with a degree in Speech Communications in 2001. He was a kicker for a brief period on Syracuse’s Football team.

Josh is the son of Allan Altman and Judith Altman. His father is a Consultative Gynecologist for Menopause and Sexual Dysfunction and also served as an assistant clinical professor of Obstetrics, Gynecology, and Reproductive Biology at Harvard Medical School. He graduated from the University of Pennsylvania in 1970 with a BA in Biology and from NYU School of Medicine in 1974. He completed his internship and residency at the Boston Lying-In Hospital and Boston Hospital for Women. He also served as chairman of the CME initiative Hormone Therapy and was a Past President of the International Society for the Study of Women’s Sexual Health (ISSWSH). He is a member of the North American Menopause Society, NAMS, a fellow of the American College of Obstetricians and Gynecologists, ACOG, and a member of the American Society for Reproductive Medicine, ASRM.

Josh was brought up alongside his elder brother, Matt Altman an accomplished licensed real estate agent in California and a member of The Altman Brothers. He is also a co-star of the hit Bravo TV real estate reality series, “Million Dollar Listing Los Angeles.”Matt received a BA in Communications from the University of Colorado, where he had the opportunity to play for one of the top programs in the country Colorado Buffaloes. He previously worked at the powerhouses Creative Artist Agency and Gersh Agency and he is married to Johanna who is a real estate agent and they have three kids together.

Altman is married to Heather Bilyeu Altman who is an American real estate agent, design consultant, entertainment producer, lifestyle influencer, and brand investor who works alongside her husband on the show Million Dollar Listing. The two met at an open house while filming for the show. They dated for about three years before Josh proposed to her in 2013 and later got married in an intimate ceremony and reception in Aspen, Colorado, in April 2016. They went to France for their honeymoon.

Together with his wife, they have two children, Alexis Kerry, who was born in April 2017, and Ace David born in July 2019. The family resides in Beverly.

Altman and wife Heather purchased their Beverly Hills property in early 2018 and spent nearly two years on a massive renovation project. The duo explained to People that they purchased the house, which was originally built in the 1930s because they felt it had good bones. But they immediately planned a complete redesign in order to make it their own. “It was a little bit of a challenge because it was dark and heavy, and we were looking for more of an East Coast, Hamptons-style house,” Josh told the magazine.

Altman paid $6.7 million for the mansion, according to the real estate website Dirt, about $800,000 less than the original asking price. The outlet noted that the home is located within walking distance of restaurants and shops and also sits a short distance from the busy Wilshire and Santa Monica Boulevard intersection.

Altman currently co-stars with Josh Flagg and Madison Hildebrand on the reality television show Million Dollar Listing Los Angeles. He appeared for the first time during the fourth season in 2011. Altman returned to the show for the fifth season on May 6, 2012. The show follows three young real estate agents in Los Angeles as they sell high-end homes. He also appeared as a real estate agent on Keeping Up with the Kardashians and Giuliana and Bill.

He also worked as an investor and flipper and also ran a real estate finance company for three years before joining his brother, Matt Altman, to form The Altman Brothers at the real estate brokerage, Hilton and Hyland. Altman specializes in the Platinum Triangle (Beverly Hills, Bel Air, and Holmby Hills) and the Sunset Strip and Hollywood Hills luxury housing market. He has represented entertainers, athletes, and international clientele.

Altman also consults with various media outlets including Wall Street Journal and Boston Herald. He has been featured as a keynote celebrity speaker and host at engagements such as The Luxe Event in Seattle, Century 21 Allstars Sales Rally, 65th Annual Installation Luncheon for Downey Association of Realtors,[Renter’s Warehouse Event and hosted Terra Bella Presents “The American Dream”.

Altman wrote the book It’s Your Move: My Million Dollar Method for Taking Risks with Confidence and Succeeding at Work and Life. It was published by HarperCollins in 2015.

His estimated salary is not known.

Josh has an estimated net worth of $30 million.