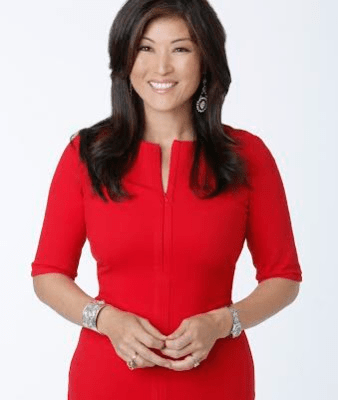 Juju Chang is an American television journalist for ABC News, and currently serves as an anchor of Nightline. She previously served as a special correspondent and fill-in anchor for Nightline, and was also the news anchor for ABC News’ morning news program Good Morning America from 2009–2011.

She has a height of 5 feet and 4 inches.

She attended Marian A. Peterson High School for a year and joined Adrian C. Wilcox High School where she graduated in 1983 since her former school was changed to a middle school. She was a nationally ranked swimmer at a young age.

In 1987, she graduated  from Stanford University with a Bachelor of Arts in political science and communications. At Stanford, she was awarded the Edwin Cottrell Political Science Prize.

She is the daughter of Chang Pal-gi and Okyong Chang.

She married Neal Shapiro on December 2, 1995. Neal is the WNET President and CEO.

She is a co-anchor of ABC News’ “Nightline.” She also reports regularly for “Good Morning America” and “20/20.”
Chang won a GLAAD award for her story on the 25th anniversary of Matthew Shepard’s murder and the legacy his parents have built in his honor.
She joined ABC News just after college as an entry level desk assistant in 1987. After reporting for KGO-TV in San Francisco and for the ABC News affiliate service NewsOne in DC, she co-anchored the overnight show “World News Now.” In 2017, she was honored with the Lifetime Achievement Award at the Front Page Awards.

Her exact salary is under review.