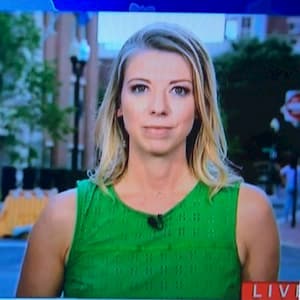 Kara Scannell is an American media personality working as a reporter for CNN  and based in  Washington D.C  where she covers law, crime and business investigations. She has previously worked with the Wall Street Journal and was the papers’ federal courts reporter and also worked for the Financial Times where she was an investigative correspondent and  its US senior finance correspondent.

Kara was born New York but she hasn’t revealed any information about her date, month and year of birth.

Scannell graduated from Fordham University with degrees in economics and media studies.

Kara has kept her private life off the limelight and hasn’t disclosed any information about her parents.

Scannell has kept  her personal life private hence information about her dating life is not available. It’s not known if she is married, single or divorced.

It’s not known if she has any kids.

Scannell joined CNN in 2017 in its Washington, D.C. bureau as a member of the team covering the special counsel’s investigation into the 2016 presidential election. She  covers law, crime and business investigations, with a special focus on the US Attorney’s Office in the Southern District of New York.
Prior to CNN, Scannell reported for the Financial Times where she was an investigative correspondent and most recently its US senior finance correspondent. During her years at the FT Scannell broke stories about tax evasion schemes, cyber security breaches and sweeping crackdowns into insider trading. Scannell also wrote in-depth investigations and interviewed several high profile government figures, including Deputy Attorney General Sally Yates after she was fired.

She also  worked for nearly a dozen years at the Wall Street Journal where she revealed lapses in oversight by the Securities and Exchange Commission and exposed how the agency systematically missed red flags that could have uncovered the Madoff Ponzi scheme. She spent years as the papers’ federal courts reporter where she covered numerous high profile criminal trials involving including Martha Stewart and Enron. Scannell also covered private equity firms. Scannell also worked  at CNNfn , a CNN subsidiary that focused on financial news and also worked as a freelance reporter for 1010WINS, a New York City radio station.

Scannell won the 2015 Society of American Business Editors and Writers award for breaking news for the FT’s coverage of the flash crash trader. She was a member of the Wall Street Journal team that was a finalist in the National Affairs category for the 2009 Pulitzer Prize for its coverage of the financial crisis.