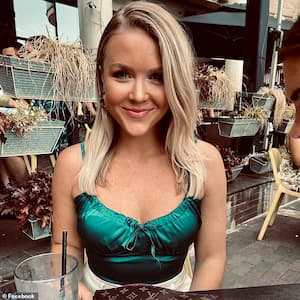 Karoline Leavitt is a WhiteHouse assistant press secretary, she joined the White House in July 2019 as a presidential writer. She previously worked in the media as a news assistant for Fox News and later an associate producer at Hearst Television, where she co-produced New Hampshire Chronicle with Fritz Wetherbee.

She attended Central Catholic High School where she served as the captain of the varsity softball and field hockey. She has a bachelor’s degree in Politics and Communications from Saint Anslem College.

Karoline began her career as a news assistant for Fox News Media where she served as the assistant to the Production Director during NH Primary Week, 2016.

During an interview with POLITICO, she said she owed her career in politics to her alma mater, Saint Anselm College as they granted her the opportunity to work at FOX News.

“I owe my career in politics to my alma mater, Saint Anselm College. As a student during the 2016 election, I was granted the opportunity to work for Fox News and meet several presidential candidates on my campus during the week of the New Hampshire primary. That experience was my first glimpse into the world of press, and I knew I wanted to pursue it in my career post-grad.”

For three years she worked at Hearst Television. She served as an associate producer, New Hampshire Chronicle. She produced the Emmy award-winning segment with Fritz Wetherbee. She also served as a news writer for WMUR-TV ABC 9. She later joined NBC Sports Boston where she served as a news assistant.