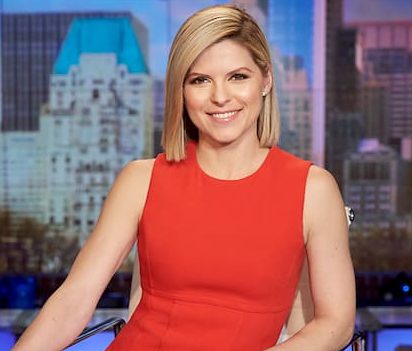 Kate Bolduan (born; Katherine Jean Bolduan) is an American media personality serving as CNN anchor and host of CNN’s “At This Hour.” She previously co-anchored ‘New Day’ alongside Chris Cuomo, becoming the youngest morning host on any major TV network at the time. She also hosted “State of America” on CNN International and co-anchored “The Situation Room with Wolf Blitzer.”

Kate is the daughter of Dr. Jeffrey Bolduan and Nadine Bolduan. Her father is a doctor while her mother was a nurse. She credited her parents for her achievements saying, ‘My parents made me the person I am. My life, my ambitions, my drive come from my parents. They’ve never pushed me in anything, they’ve allowed me to make my own decisions and my own mistakes.’

In 2013, her mother was sentenced to a jail term of up to one year for crashing into a man and injuring him while she was drunk driving.  She testified that she had drunk two glasses of red wine before the crash and was intoxicated. Her blood-alcohol level was over the legal limit at 0.19 percent. This came nearly 20 years after she was also charged with reckless homicide after her jet ski struck two children, killing a nine-year-old girl and injuring a 10-year-old.

Kate has three sisters, it is not clear whether she has a twin or not.

Bolduan is married to Michael Gershenson,  a managing director of The Carlyle Group, a New York-based  Real Estate agency. He is the son of real estate developer Bruce Alan Gershenson and a graduate of Georgetown University. The couple first met in 2005 and got married in 2010.

Bolduan joined CNN in 2007 as a national correspondent for CNN Newsource, providing breaking news coverage and feature reports for more than 800 CNN Newsource affiliates. Here, she covered the 2008 presidential election and traveled throughout the United States covering other national headlines including the Minneapolis bridge collapse, O.J. Simpson armed robbery case and launches and landings of the retiring NASA space shuttle fleet.

She conducted the first television interview with Democratic presidential candidate Mayor Pete Buttigieg and his husband Chasten, reported from Afghanistan with an exclusive interview with the top U.S. commander there, and secured CNN’s first interview with Facebook co-founder Chris Hughes on his call to break up the social media giant.

Bolduan also served as a CNN congressional correspondent, covering the activities of the U.S. House and Senate. While on Capitol Hill, some of her reporting includes the debt ceiling fight of 2011, the key congressional races in the 2008 and 2012 elections, the fiscal cliff of 2012, and the scandal that brought down Rep. Anthony Weiner.

She also served as a general assignment correspondent. During that time she covered a wide-range of stories including the 2009 Christmas Day bombing attempt and the 2009 government stimulus plan. She helped lead the coverage of and was in the room for the historic Supreme Court arguments over the Affordable Care Act and also lead the network’s coverage of other Supreme Court cases like the Chicago gun rights case McDonald v. City of Chicago, the fight over religious freedom in Salazar v. Buono, the death penalty, violent video games, and campaign finance.

She later joined Wolf Blitzer as a co-anchor of The Situation Room with Wolf Blitzer where she provided current events, breaking news, political headlines, and reports.

In 2013 she began co-anchoring ‘New Day’ alongside Chris Cuomo, becoming the youngest morning host on any major TV network at the time.

In January 2015 she joined then CNN’s new morning show, @This Hour co-anchoring alongside John Berman. When John Berman left, the show was renamed to At This Hour with Kate Bolduan.

She also anchored State of America with Kate Bolduan, a CNN International program which covered the 2016 U.S. Presidential campaign for a global audience. Following the election, the program was renamed and pivoted to focusing on U.S. news and affairs. The show aired Fridays at 23:00 CET from CNN’s New York studios in Manhattan. It stopped airing in September 2019.

Prior to joining CNN, Kate worked as a  general assignment reporter for WTVD-TV in Raleigh, N.C. She began her career in journalism as a production assistant for NBC News and MSNBC in Washington D.C.