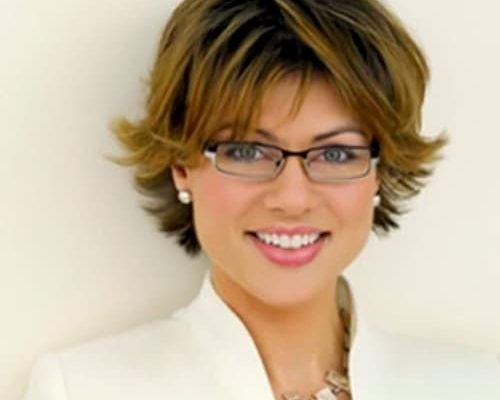 Silverton attended West Hatch High School in Chigwell, Essex. She then joined St. Cuthbert’s Society, a college at Durham University and graduated  with a Bachelor of Science degree in Psychology,

Silverton is  the daughter of Terry Silverton and Patricia Silverton. Her father was a hackney carriage licensed driver , one of the famous London black cab drivers and a registered hypnotherapist. Her mother was initially a “stay at home mum”, then later a nursery school teacher. During an interview, Kate said her parents were her source of inspiration, “My parents inspired me to work hard, to be kind and to enjoy life. My father would say “nothing should stop you from achieving what you want from life, so long as you’re prepared to work for it “. Her father had been in the Merchant Navy and encouraged her to travel to gain life experience.

Silverton was brought up alongside  her two sisters, Claire and Amy.

Kate  is married to Mike Heron ,a former Royal Marine .The duo dated for  two years before he proposed during a surprise trip to Rome. They pair tied the knot in 2010.

Kate and her husband has two children,  Clemency Silverton-Heron and Wilbur Heron born on 5 November 2011 and 26 June 2014 respectively.  She conceived naturally after four unsuccessful cycles of IVF. After losing an ovary during an operation to remove a cyst at the age of 29, Silverton had been told that she was unlikely to get pregnant naturally.

Kate revealed that she had shed two stone after gruelling home workouts during lockdown just in time for her 50th birthday. She said she had been doing trampolining on a mini trampoline, cycling and Pilates, and had posted a video of herself swimming on Instagram. This comes after Kate lost two dress sizes during her 2018 Strictly Come Dancing stint. Silverton revealed that she’s lost so much weight, she’s now able to fit back into her wedding dress, which she wore back in 2010.She admitted, “I think I’ve lost a stone already, it’s the Aljaz school of weight loss, And my husband is very happy about that… nudge nudge! I feel liberated too! I was looking at my thighs today and I’m getting so much definition. The costume team have already had to take my dresses in twice.” She also revealed that she now weighs about the same as she did before she had her two children. Kate confessed, “[It’s] my pre-baby weight, really. I’m absolutely thrilled. I feel like I’ve won already.”

Kate suffered an allergic reaction after eating a prawn salad . In an article she published in 2019, she explained how she  nearly died from anaphylaxis.

While presenting for the BBC at Royal Ascot, I’d stopped for lunch, opting for a delicious prawn salad. But as I walked to the car to leave for home, a tickly cough began to irritate me. It became more intense until I was hunched over, battling a dramatic coughing fit. I stumbled around the street, red welts popping up across my chest and neck and my tongue doubled in size. Struggling for breath, I fell to the floor, certain I would die. Thankfully a passer-by recognized my symptoms instantly and injected her EpiPen into my thigh. My savior, a woman called Kate Dale, was highly allergic to nuts, so carried her life-saving shot of adrenaline at all times. And thank heavens she did, otherwise I would not be here to write this.

I researched forensically, asking leading allergy experts for answers. Some natural health advocates believe a weakened immune system might be partly to blame. So, I made changes to my lifestyle, aside from abandoning shellfish. I filled my diet with gut-friendly, fermented foods such as kefir and sauerkraut, healthy fats and home-cooked meals. I ate sugar sparingly.

In January 2008, Silverton sued a clinic after an allegedly botched cosmetic surgery procedure for treatment of acne scars. Silverton said that the procedure caused a severe skin reaction and she had to take two weeks off work after the treatment. The lawsuit filed for unspecified monetary damages

Silverton joined  BBC as a trainee, working on Look North news before becoming a reporter and presenter at Tyne Tees Television. She was a panellist on Channel 5’s The Wright Stuff and  also featured on The Heaven and Earth Show, Big Strong Boys and Weekend Breakfast on BBC Radio 5 Live before joining BBC News.

Silverton took maternity leave in October 2011, and returned to the News at One in April 2012. Until May 2012, she was the deputy presenter of the BBC News at One, presenting on Mondays . Sian Williams later took over this role. Silverton returned to the deputy role in October 2013 to cover for Williams’ leave. However, Williams later left the BBC so Silverton regained her role.

On 1 April 2008, alongside the historian Dan Snow, she presented live coverage of the celebrations held at RAF Fairford for the 90th Birthday of the Royal Air Force. In 2008, Silverton joined the presenting team for Big Cat Diary on BBC One. She co-presented coverage of New Year Live aboard HMS Belfast in London on 31 December 2008 on BBC One with Nick Knowles.

In April 2009, she appeared as a mentor in the BBC Two series The Speaker, offering her advice on good storytelling and public speaking. In May 2009, she presented a documentary called 10 Things You Need to Know About Sleep, which looked at different ways to deal with insomnia. From 2010, she presented the Sunday morning show on BBC Radio 5 Live, running from 09:30 to 11:00. In June 2012, Silverton interviewed Prince William, Duke of Cambridge, who called for a halt to the killing of rhinos for their horns in Africa. Silverton has also acted as a stand-in presenter for the Radio Four series Last Word.

Silverton also  participated in the sixteenth series of Strictly Come Dancing with professional dance partner Aljaž Škorjanec. The couple were eliminated in Week 9.

She has an estimated net worth of $1.9 million