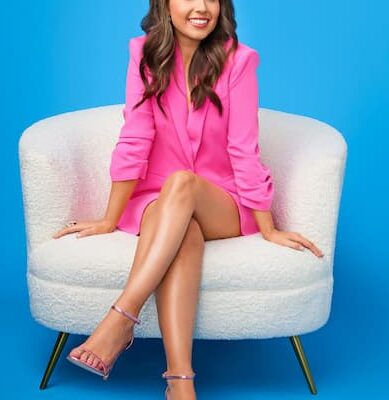 Katie Thurston is a bank marketing manager and television personality. She is The Bachelorette for season 17 and is a former contestant on season 25 of The Bachelor.

She was born on January 3, 1991 in Lynnwood, Washington, United States.

Her father died in 2012. She revealed this while having a conversation with fellow contestant Sarah Trott who revealed that her father has amyotrophic lateral sclerosis (ALS) and may only have weeks to live.

“My dad passed away in 2012, so I 100 percent encourage you to be with him. If I could get back the minutes I had with him … I understand that more than I would like to. Knowing that, yeah that changes everything. And I missed out on my goodbye to my dad, so I would never want that for you.”

Katie has managed to keep her family from the limelight; she has not revealed her mother or her siblings.

Thurston attended Lynnwood High School in Bothell, Washington where she played the libero (a defensive specialist) for the volleyball team.

During an interview with Us, she said that her banking roots helped her on her Bachelorette journey as she remembered “all” of the contestants’ names on night one.

“I come from a finance background where I have to know my customers by face and name and so I picked that up right away.”

As the season progressed she became a strong advocate against bullying among her fellow contestants and stood up against “Queen” Victoria Larson‘s bad behavior in the house.

In January while appearing on the “Bachelor Happy Hour” podcast she shared with Rachel Lindsay and Becca Kufrin bout her choice to shine a light on sex positivity and female empowerment with her Bachelor Nation debut.

“It was the perfect statement for 2020. It actually summarized me perfectly … and I could do nothing but be myself. I knew Matt is religious, I know I don’t know him personally, so I knew it could very well send me home night one. And I would have no regrets.”

Katie is The Bachelorette for season 17. The news was first announced by RealitySteve on Twitter who predicted Katie’s departure from The Bachelor and added it won’t be the last viewers see of Thurston on ABC, tweeting this spoiler: “At the ‘Women Tell All’ taping this past Thursday, Katie Thurston was announced as the next ‘Bachelorette.’”

He later clarified his tweet and said the news of Katie being the next Bachelorette came out at the reunion, but it was not announced there on camera.

ABC later announced her as The Bachelorette. Her bio on their website reads;

“Among “The Bachelor” season 25 women, Katie Thurston emerged as a leading voice, who repeatedly stood up against bullying and negativity in the house, and women all over America applauded her for speaking up for what she believes in. The 30-year-old Washington native became an instant fan favorite for her memorable arrival on night one where she introduced herself to Matt, light-up vibrator in tow. Unapologetically herself, Katie is adventurous, daring and ready for a man with whom she can build a life. A marketing manager with an innate social media savvy and humorous outlook on life, she is a witty storyteller who wants a man that will laugh along with her.”

It is not known who Katie has picked but according to RealitySteve the final 4 are Justin Glaze, Andrew Spencer, Greg Grippo and Blake Moynes.