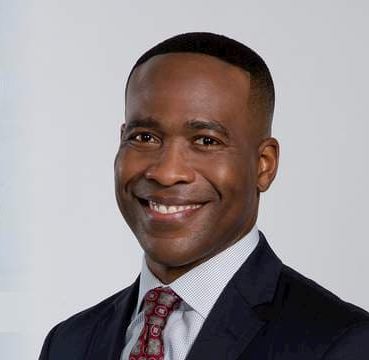 Keith Garvin is an Emmy award-winning journalist serving as an anchor/reporter for KPRC-TV where he co-anchors 4 PM News with Christine Noël and reports weeknights on KPRC 2 News at 10 pm.

He graduated from the Don Reynolds School of Journalism at the University of Nevada, Reno with a Bachelor of Arts degree in Journalism.

Keith is married to Lisa Bell-Garvin. The couple met at the University of Nevada Reno. She graduated as a business major with an emphasis in business economics. She worked at Shell as an analyst before becoming more invested in the Katy community by working at a Katy ISD school.

Wishing my beautiful bride a very Happy 24th Wedding Anniversary! To say my life would not have been the same without her is obvious. But considering the year 2020 has been just know I would say “I do” all over again. Every second, every hour, every moment. Happy Anniversary @mamakat4l!

Celebrating Fathers Day with these four beauties whom I could not be more proud of! Being your father is without a doubt one of my greatest blessings…I love you more than words can say! ♥️♥️♥️♥️

Garvin serves as an anchor and reporter for KPRC Channel 2 where he co-anchors 4 PM News with Christine Noël and reports weeknights on KPRC 2 News at 10 pm.  He previously co-anchored CBS11 News This Morning, CBS 11 News at 4 PM, & TXA21 News First in Prime. He also served as an anchor for KTXA-TV and WRC-TV.

Keith joined ABC News in 2003 as a correspondent for NewsOne, the network’s affiliate news service. He also reported or World News Saturday and World News Sunday. He covered the war in Iraq, the 2004 Super Bowl, and Hurricane Isabel.

Prior to joining ABC News, he was an anchor/reporter for WTVD-TV, the ABC-owned station in Raleigh, NC. On assignment for WTVD, he was one of the only local news reporters in the country to be embedded with American forces during Operation Iraqi Freedom.

He was one of the first journalists to report live after the ambushes of the Army’s 507th Maintenance Unit and the 1st Marine Expeditionary Brigade. He also covered the capture of accused serial bomber Eric Rudolph and the mishandled organ transplant of Jessica Santillan for WTVD.

He served as a business reporter for ABC affiliate KFSN-TV in Fresno, CA from 2000 to 2001. During his time there, he covered the Chandra Levy case, the federal trial of Yosemite Park killer Cary Stayner, and the California energy crisis.

Keith’s net worth is under review.

Voted! Using the stylus was my favorite part 😆 Always humbled by & grateful for the sacrifices made over the decades & centuries to give me the right to cast a ballot. If you haven’t done so get out there between now & next Tuesday! 🇺🇲🇺🇸🇺🇸