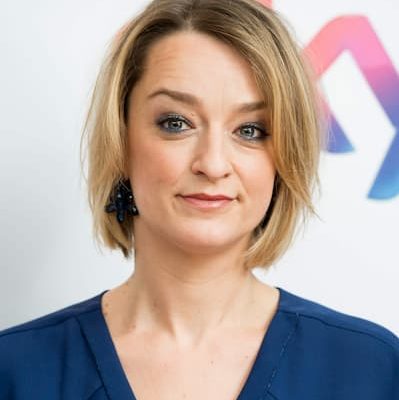 Laura Juliet Kuenssberg is a British media personality working as the political editor of BBC News. She is the first woman to hold the position. She  previously served as the BBC’s chief political correspondent and was the first business editor of ITV News.

Kuenssberg  attended Laurel Bank School, a private girls’ school before studying history at the University of Edinburgh, followed by a journalism course at Georgetown University in Washington, D.C.

Laura was born and raised in Italy by her parents. Her father Nick  Kuenssberg is a businessman who worked  for British company Coats Viyella for a number of years . Her mother Sally Kuenssberg worked in children’s services and received a CBE for this in the 2000 New Year Honors. Laura’s  paternal grandfather was Ekkehard von Kuenssberg, a co-founder, and president of the Royal College of General Practitioners who had also been appointed a CBE, in the 1969 Birthday Honors. Her maternal grandfather was Lord Robertson, a judge of the Scots High Court.

Laura was brought up alongside her elder brother  David  Kuenssberg who is an  executive director of finance and resources at Brighton and Hove City Council and her  elder sister Joanna Kuenssberg  a former diplomat who has served as high commissioner to Mozambique.

Laura is married to James Kelly,  management consultant , who also studied at Edinburgh. After his degree, he moved to the US to undertake studies at Harvard University. The couple has no children as of 2020

Laura joined BBC in March 2000 as a trainee journalist for BBC North and Cumbria. She  won a regional Royal Television Society award for her work as home affairs correspondent and produced segments for the social affairs editor Niall Dickson.

She was appointed chief political correspondent for BBC News.  Kuenssberg reported for BBC One bulletins, Daily Politics and the BBC News channel. In May 2010, her presence on BBC Television was so ubiquitous in the period between the 2010 United Kingdom general election and the formation of the Cameron–Clegg coalition, that journalist David Aaronovitch coined the term “Kuenssbergovision”.

In September 2011, Kuenssberg took up the newly created role of business editor for ITV News, and was replaced at BBC News by Norman Smith from BBC Radio 4. She also contributed towards business reporting on ITV’s current affairs strand, Tonight. On 27 August 2013, she made her debut co-newscasting News at Ten with Alastair Stewart

Laura returned to the BBC IN  November 2013  as chief correspondent and a presenter of Newsnight, replacing Gavin Esler .She joined the Newsnight team in February 2014.

Laura was appointed  the BBC’s political editor in July 2015, the first woman to hold the position. In January 2016 Kuenssberg was involved in arranging for the Labour MP Stephen Doughty to publicly announce his resignation as a shadow foreign office minister on Daily Politics.

In March 2019, Kuenssberg presented a documentary, The Brexit Storm: Laura Kuenssberg’s Inside Story, for BBC Two. Her role in the reporting of Brexit negotiations was the subject of an article in The Times Magazine of 30 March 2019. On 17 December 2019, she presented a second documentary film, The Brexit Storm Continues: Laura Kuenssberg’s Inside Story, which covered Boris Johnson’s arrival at 10 Downing Street through to the 2019 general election. Kuenssberg also co-presented the BBC’s Brexitcast podcast alongside Katya Adler, Adam Fleming, and Chris Mason, which was then retitled as the Newscast podcast.

Following the 2016 local elections, a petition was started on 38 Degrees which accused Kuenssberg of being biased against the Labour Party and its leader Jeremy Corbyn, calling for her dismissal. The petition was later withdrawn by David Babbs, executive director of 38 Degrees.

In January 2017 the BBC Trust ruled that a report in November 2015 by Kuenssberg broke the broadcaster’s impartiality and accuracy guidelines. A viewer had complained about her item, which featured an interview with Corbyn on the BBC News at Six which gave the incorrect impression that Corbyn disagreed with the use of firearms by police in incidents such as that month’s terrorist attacks in Paris.  Nevertheless, the BBC Trust found no evidence that there had been any intention to mislead, and their ruling was that the footage “had been compiled in good faith.”

In 2017, The Daily Telegraph published a story about Kunnensburg in with the headline “the most divisive woman on TV today?” printed on the front-page. In September 2019 Kuenssberg received criticism for her portrayal of Omar Salem, a father who confronted the prime minister, Boris Johnson, about the government’s treatment of the NHS, as “a Labour activist.” Salem defended Kuenssberg, saying that she was doing her job “without fear or favor.

In the 2019 United Kingdom general election, Kuenssberg was accused of bias, in various campaign incidents, alongside criticism of the BBC’s election coverage. On 11 December, the day before election, she drew controversy by claiming on air that submitted postal votes, apparently viewed by both the Labour Party and the Conservative Party, were “looking pretty grim for Labour in a lot of parts of the country.” Viewing postal votes prior to polling day is in breach of guidelines set by the Electoral Commission and predicting electoral outcomes based on votes cast prior to polls closing may be a criminal offence. The footage was subsequently withdrawn from BBC iPlayer, while the episode of Politics Live in which the incident happened was withdrawn and removed from the BBC Parliament schedule.

Kuenssberg was criticized, alongside other major journalists, for incorrectly tweeting that a Labour activist had punched a Conservative Party advisor, without verification; footage was released showing this was untrue and she later apologized and retracted her tweet.

An interview with Boris Johnson in July 2020 led to over 100 complaints against Kuenssberg being submitted to the BBC alleging that she had overly interrupted Johnson and was displaying bias against the government. The BBC defended Kuenssberg, stating that she has conducted the interview in a ‘thorough, firm but fair manner.’

In November 2020, economists criticized Kuenssberg for economic illiteracy after she defended proposed austerity by the Tory government by claiming the UK had “no money left” and drawing a flawed comparison between a national economy and a household

n a July 2017 Spectator article, Charles Moore wrote of being told “informally” that Kuenssberg had received protection from a bodyguard during the 2017 general election. The BBC had believed her safety was under threat because of online abuse considered to be mainly from supporters of Corbyn. The BBC refused to comment about the story. The Labour politician Yvette Cooper defended the BBC’s political editor: “It’s her job to ask difficult questions. It’s her job to be sceptical about everything we say”. By the end of the campaign, Kuenssberg was also being abused by some Conservative and UKIP supporters.

At both the Conservative and Labour Party conferences in 2017, Kuenssberg was accompanied by a security guard. Journalist Jenni Russell, a former BBC editor herself, was quoted in The New York Times about the issue affecting Kuenssberg: “The graphic level of threats to women is quite extraordinary and it’s one of the worst things to have happened in recent British public life.”

Laura has won several wards including  Broadcaster of the Year by the Political Studies Association in November 2016 due to  her contribution to the public understanding of politics, especially surrounding the June 2016 EU Referendum and subsequent developments.

At the British Journalism Awards organized by Press Gazette in December 2016, Kuenssberg received the Journalist of the Year award  for the sheer volume and scope of reporting on some of the biggest changes ever in British politics especially to her coverage of the EU membership referendum and its aftermath .She was named in the Evening Standard’s 2019 list of the top 20 ‘most influential Londoners.

She has an estimated net worth of $2 million