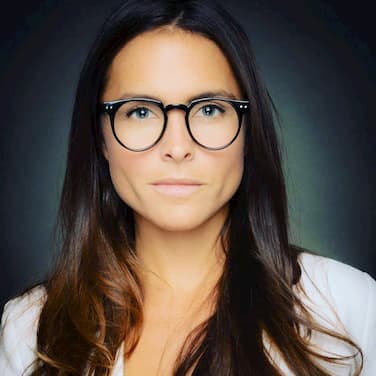 Lilia Luciano is an American media personality working as  a freelance correspondent at CBS News based in Los Angeles. She previously worked as the investigative reporter at ABC 10 in Sacramento and was the chief investigative correspondent on Discovery Channel’s Border Live.

Luciano attended Tufts University in Massachusetts to study pre-medicine. In 2003, she transferred to the University of Miami where she graduated in 2007 with a bachelor’s degree in economics and broadcast journalism.

Not much is known about her parents but her father is a doctor and she wanted to be a doctor  on seeing the positive impact her father made on the community as a doctor. This inspired Lilia to practice medicine and continue her father’s legacy, While attending Tufts University in Boston, though, Lilia came to realize that pursuing a career in medicine wasn’t right for her and she switched to journalism.

She hasn’t revealed much information regarding her siblings but she has a brother.

Lilia is married to Matt Deross. Not much is known about him but the duo  exchanged their marriage  vows   in 2011. However, there are no details about their exact wedding date and venue. Luciano was previously married to Luis Alayo,  is a Catalonian banker whom she met in Puerto Rico, while Luciano was on vacation – she was a student in Boston at the time – and Alayo was living on the island. They met again four years later, which is when their love story began. They got engaged  during a romantic evening yacht in Barcelona waters and later tied the knot on 28th December 2007 . Lilia made the cover of People En Espanol magazine with her wedding. Unfortunately they split after eighteen months and divorced. Both of them mentioned ”irreconcilable differences” as the reason for their separation. Lilia was also once rumored to date famous Latin singer Luis Fonsi, widely known for his song titled Despacito along with famous rapper Daddy Yankee. However she didn’t  deny nor commented on the rumors.

Lilia is reported to have two daughters  Pia Deross born in 2012 and   Lola Deross born in 2015.In an Instagram post, she shared a picture of the two girls and revealed them as her daughters. However, the identity of the father of these little girls is still not known.

Lilia currently serves as a freelance correspondent at CBS News based in Los Angeles. Before moving to Los Angeles, she worked as the investigative reporter at ABC 10 in Sacramento.. Here, she  uncovered patterns of corruption in family court through an ongoing multipart series. She has run investigations on sex trafficking, low teacher diversity, campaign financing, police shootings, including daily coverage of the shooting of Stephon Clark in 2018. Her HBO documentary film, released in 2016 uncovers the social, environmental and health impacts of aerial spraying in Colombia and she also investigated the oil and gas industry’s impact on Louisiana’s loss of coastal land. At VICELAND’s Black Market Dispatches, Luciano embedded with a caravan of gasoline smugglers, hiding in a racing car filled with 400 galons of contraband gasoline.

She was also the chief investigative correspondent for Discovery Channel’s Border Live show, embedding in communities, and with border enforcement agencies along the U.S.-Mexico border and also interned with Telemundo, where she produced and anchored a finance and economics segment for Telemundo Internacional.  She also served  as a correspondent and co-anchor for evening newscast En Vivo y Directo at Univision Networks.

Luciano also directed Guerras Ajenas, an HBO Latin America Documentary about the consequences of U.S. drug policy in Colombia and also worked as a host for multiple Vice platforms, including Viceland’s World of Sports, Black Market Dispatches and Vice News.

Luciano joined NBC News in December 2010  where she covered Hurricane Irene from Nassau, Bahamas for NBC’s Nightly News with Brian Williams, Today Show, MSNBC, The Weather Channel, CNBC and Telemundo. She also  covered the storm’s trail of devastation in North Carolina. During the summer of 2011, Lilia covered the Casey Anthony first-degree murder trial in Orlando, Florida for MSNBC and the Today Show and reported live from the Orange County courthouse throughout the six-week trial. At midnight on July 17, she gave a special breaking news report on MSNBC to announce Anthony’s release from prison.

In January 2012, she was the only national correspondent from the major networks covering the murder trial against Joran Van der Sloot in Lima, Peru for both Today Show, and Telemundo, obtaining exclusive interviews with the victim’s family and government authorities in Lima. On February 22, 2012, Luciano reported for Today, MSNBC and Comcast Sports on the first degree murder trial against University of Virginia Lacrosse captain George Huguely, convicted in the death of his girlfriend Yeardly Love and  was one of the national television reporters on the scene in Sanford, Florida covering this story.

On May 2, 2012, it was announced that Luciano was no longer at NBC News, after it was found that the audio portion of the Trayvon Martin 9-1-1 call was edited in a manner that made George Zimmerman sound racist and had the appearance of George Zimmerman making an unprompted statement that Martin was black instead as his direct answer to the 911 dispatcher’s questions. NBC dismissed the producer responsible for editing the piece and also dismissed Luciano for the oversight. All of Luciano’s reports on the Trayvon Martin story which contained the misleading edit were removed from the Today website.

Lilia has received multiple awards including a Walter Cronkite Award for Excellence in Journalism as a special commendation for enterprise for her four-part documentary series, Puerto Rico Rises, which she directed and produced for ABC Sacramento, a TEGNA station. She has also won five Regional Emmy Awards. In 2018 her coverage of the Northern California Wildfires of 2018 received a regional Edward R. Murrow Award for Continuous Coverage. In 2019, she won the Emmy for her special TEGNA series “Crisis at the Border,” and for her team’s coverage of the Northern California Wildfires.  In 2013, Luciano was also awarded GLAAD’s Outstanding Digital Journalism Article media award for her coverage of homophobia in U.S. Hispanic media.

She has an estimated net worth of $1million.