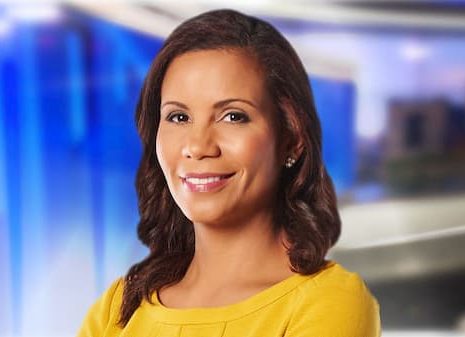 Lisa Sylvester is an Emmy award-winning media personality serving as co-anchor of Channel 11 News at 6 p.m., Channel 11 News on Fox 53 at 10 p.m. and Channel 11 News 11 at 11. She previously served as a cut-in news anchor and correspondent for The Situation Room with Wolf Blitzer on CNN.

She hasn’t made her actual age public.

Lisa stands at a height of 5 feet 4 inches tall.

She has a bachelor’s degree in international economics from Georgetown University and holds a master’s degree from Northwestern University’s Medill School of Journalism.

Lisa is married although she has not revealed the name of her husband and doesn’t share his photos on her social media account.

Lisa is a mother of two children; a son and a daughter.

Lisa joined WPXI, Channel 11 in Pittsburgh in October 2016, anchoring the 6 and 11 p.m. alongside David Johnson, and on WPGH’s 10 p.m. newscast, which is produced by WPXI.

She had previously spent four years working at ABC, where she served as a Washington, D.C., general correspondent and a correspondent for the network’s Weekend News.

At the beginning of her career sge worked as a reporter for KTVI-TV in St. Louis and WMBD-TV in Peoria, Illinois. She also served as a reporter for WKRN-TV in Nashville, Tennessee, where in 1997 she won an Emmy and an Associated Press award for a report on “Tornado Survival.”

She has earned multiple awards throughout her career, including the 2004 Business Emmy Award for the “Exporting America” series. She also played a key role in the coverage of the Sept. 11 terrorist attacks, which earned the network a Peabody Award in 2002 and an Emmy award in 2001

Sylvester joined CNN in 2004 where she served as the cut-in news anchor and correspondent for The Situation Room with Wolf Blitzer. She also reported for a series on family-focused topics and has contributed to pieces including: supermarket bargain-hunting; a profile of a working mom, Rep. Cathy McMorris Rodgers (R-WA); and, a special look inside the First Lady’s White House garden with White House chef Sam Kass. She previously served as the Washington-based correspondent for Lou Dobbs Tonight.