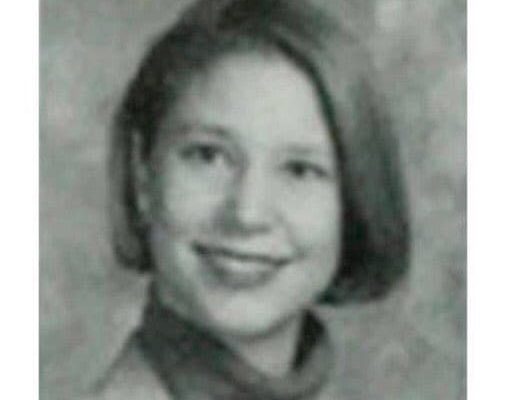 Lori Klausutis was an intern for Joe Scarborough. She was found dead in Scarborough’s office, slumped over by a desk on July 19, 2001. Her death was ruled as accidental after an undiagnosed heart issue caused her to lose consciousness and hit her head on the desk.

Lori was born to Linda and Larry Bolterstein. She had a sister known as Kelly Ann Bolterstein.

Lori was married to Timothy Klausutis, who is a Florida native. He served in the U.S. Air Force. After Lori’s death he wrote that “being married to Lori” was an honor.

Lori worked as an intern aide to Joe Scarborough since May 1999. At the time Joe served in the United States House of Representatives from 1995 to 2001 as a Republican for the 1st district of Florida. Joe resigned from the position two months after Lori’s death claiming he wanted to spend more time with his family.

There were rumors that Lori was pregnant at the time of her death although this was never confirmed.

Lori died on July 19, 2001. She was found dead in Scarborough’s office, slumped over by a desk. Her body was “found July 20 around 8 a.m. by a couple who arrived at the office in Fort Walton Beach for an appointment. She was found slumped over next to a desk on the floor of Scarborough’s office. A second employee who was normally at the office was away on vacation, and it was determined that she was dead for some time.”

Scarborough released a statement that read; “My staff and family are greatly saddened by the loss of Lori Klausutis. I know Lori will be missed by the thousands of citizens who regularly contact my office to seek assistance with a variety of problems. May God grant Lori’s family the grace, comfort and hope that will get them through this difficult time.”

Lori Klausutis Cause of Death

According to a medical examiner, Lori died after an abnormal heart rhythm caused her to fall and hit her head on the desk.  Her family however refuted the notion that she suffered from medical issues.

Associate Medical Examiner Dr. Michael Berkland’s office had initially said that there weren’t any sign of trauma to her body but Berkland later said she was found with a “scratch and a bruise” on her head.

According to the Naples Daily News Berkland had had his medical license in Missouri revoked in 1998 due to reporting false information in an autopsy report. He was suspended from his position of medical examiner in Florida in July 1999.

The paper read; “Repeated requests to Dr. Stephen Nelson, Chairman of the Medical Examiners Commission, Florida Department of Law Enforcement, have failed to verify that Dr. Berkland’s suspension was lifted and that his licensure and disciplinary record are clear at the present time. Dr. Nelson was appointed Chairman of the Commission by Governor Jeb Bush.”

Berkland was later arrested in 2012 on charges of improper storage of hazardous waste and keeping a public nuisance. This was after human remains were found in a storage unit he rented in Pensacola. The police said they found “crudely preserved brains, hearts, lungs and other organs” inside the unit. Some of them were being kept in 32-ounce soda cups. He was also charged with misdemeanor theft as the prosecutor argued that he possessed the remains without the permission of the families.

Despite Lori’s death being ruled as accidental, there are conspiracy theories that Joe was involved in her death.

A Twitter exchange between Scarborough and Markos Moulitsas, founder of the Daily Kos blog, got Moulitsas banned from being on MSNBC. Below is the tweet exchange.

Markos: Like story of a certain dead intern. RT @JoeNBC: Luckily for the White House, the media has been negligent on this story since Day 1.

Markos: But if you want to talk about bullsh-t “scandals”, @JoeNBC, there’s this one about Joe Sestak and the White House you might’ve heard of.

JoeNBC: @markos Unbelievable. You have a long history of spreading lies suggesting I am a murderer. This is the 3rd or 4th time by my count.

Markos: @JoeNBC, I’ve never suggested you’re a murderer. I’ve noted media hypocrisy in going after Gary Condit. But he was Dem. You aren’t.

JoeNBC: Anyone in media who interviews @markos, know that you’re extending your credibility to someone who regularly suggests that I’m a murderer.

Markos: A bit touchy, @JoeNBC? Links for where I accuse you of being a murderer please.

On May 4, 2020 president Trump tweeted asking for the reopening of the case. He tweeted; “‘Concast’ should open up a long overdue Florida Cold Case against Psycho Joe Scarborough. I know him and Crazy Mika well, used them beautifully in the last Election, dumped them nicely, and will state on the record that he is “nuts”. Besides, bad ratings! #OPENJOECOLDCASE”

“Concast” should open up a long overdue Florida Cold Case against Psycho Joe Scarborough. I know him and Crazy Mika well, used them beautifully in the last Election, dumped them nicely, and will state on the record that he is “nuts”. Besides, bad ratings! #OPENJOECOLDCASE

In 2017 Trump had again brought up the case; “So now that Matt Lauer is gone when will the Fake News practitioners at NBC be terminating the contract of Phil Griffin? And will they terminate low ratings Joe Scarborough based on the “unsolved mystery” that took place in Florida years ago? Investigate!”

So now that Matt Lauer is gone when will the Fake News practitioners at NBC be terminating the contract of Phil Griffin? And will they terminate low ratings Joe Scarborough based on the “unsolved mystery” that took place in Florida years ago? Investigate!

Joe responded in a tweet saying that Trump was unwell.

Looks like I picked a good day to stop responding to Trump’s bizarre tweets. He is not well. https://t.co/XJhW5ZHNfs