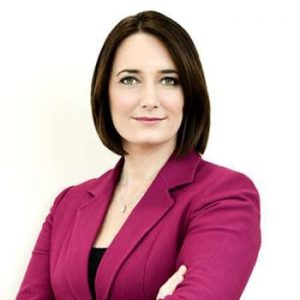 Hockings was born on 7 April 1975 in Taranaki on New Zealand’s North Island.

Lucy stands at a height of 5 feet 8 inches

Lucy graduated from the University of Auckland with a Bachelor Degree in journalism.

Lucy was born and brought up by her parents in New Zealand.  She grew up in a family that had a lot of affiliations with news reporting and journalism. Her father worked at a New Zealand news company while her mother wrote for a New Zealand Magazine. She hasn’t revealed her parents names. She was brought up alongside her sister whose name is not revealed.

Lucy is married to Jason Breckenridge, a Canadian film-maker. On 14th February 2014, Lucy posted a photo on her Twitter page with a caption, “Husband in a patriotic mood when he made me coffee this morning!”

Hockings has a son named George. However, not much is known about him

Lucy anchors Live with Lucy Hockings on BBC World News. She joined BBC News as a producer in 1999, just before being promoted to senior producer in 2000.  Due to viewer complaints about her accent, she went to the Royal Academy of Drama for speech lessons. Here she reported on September 11, 2001, attacks, followed by the Afghanistan and Iraq wars. In 2003, she became a presenter on BBC World where she covered such events as the 2004 tsunami, the death of Pope John Paul II and the 2005 London bombings. In 2006, she was made full-time presenter of The World Today.

Hockings also presented the 1000UKT News hour on BBC World News with David Eades, and bulletins at 1100UKT and 1300UKT. She was also a regular stand-in for Nik Gowing on The Hub from 1700UKT to 1900UKT broadcast every weekday on BBC World News until its cancellation in December 2012. She also presented news bulletins between 1700UKT and 1900UKT on Tuesday-Thursdays, and  Impact on Fridays.

Prior to joining the BBC, Hockings worked as a reporter for TVNZ. She also appeared as a news anchor in the 2018 film Black Panther.