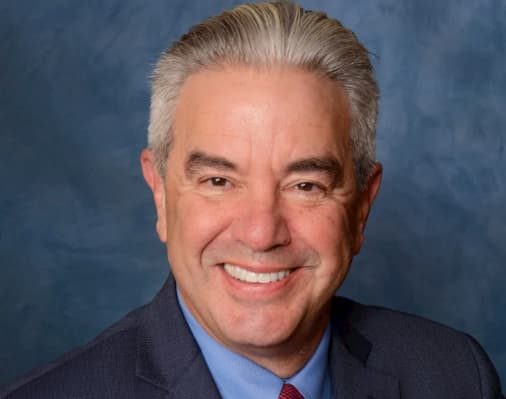 Mark A. Anderl is a New Jersey attorney specializing in state and federal criminal defense, as well as juvenile and municipal court matters. He is the husband of Judge Esther Salas. He was shot together with his son on July 19, 2020 at their home in. He remains in critical but stable condition while his son died.

He holds a Bachelor of Science from Northeastern University and a J.D from Brooklyn Law School.

He is an attorney at Anderl and Oakley, P.C. with offices in Perth Amboy and Princeton, New Jersey. He specializes in state and federal criminal defense, as well as juvenile and municipal court matters.

He began his career in law in 1986 as an assistant prosecutor at Essex County Prosecutor’s Office. In 1997 he was certified by the Supreme Court of New Jersey as a Criminal Trial Attorney.

Mark is the husband of Esther Salas, a  U.S. District Judge. The couple met when Mark was an assistant prosecutor in the Essex County Prosecutor’s Office and Salas was a second-year law school intern.

Salas was the first Hispanic female to be appointed to the U.S. District Court in New Jersey. She has handled cases involving members of the Grape Street Crips, in connection with a long-running drug-trafficking network that was taken down by the FBI in 2015. She was also the judge who sent Real Housewives stars Joe and Teresa Giudice to prison. She was nominated by President Obama as a U.S. District Court judge in December 2010. She was confirmed by the Senate in June 2011.

Anderl and his wife Esther had a son known as Daniel Anderl who was shot dead on July 19, 2020 at their home in North Brunswick.

On July 19, 2020 Mark and his son were shot at their home in North Brunswick home at about 5 p.m. It is reported that the gunman was dressed as a FedEx delivery man but it is not clear whether he works at FedEx or was just

Chief U.S. District Court Judge Freda Wolfson told The Associated Press that the couple’s son was killed and Mark Anderl had been wounded in the shooting. North Brunswick Mayor Francis “Mac” Womack said Mark was in critical condition and underwent surgery and is now in stable condition.