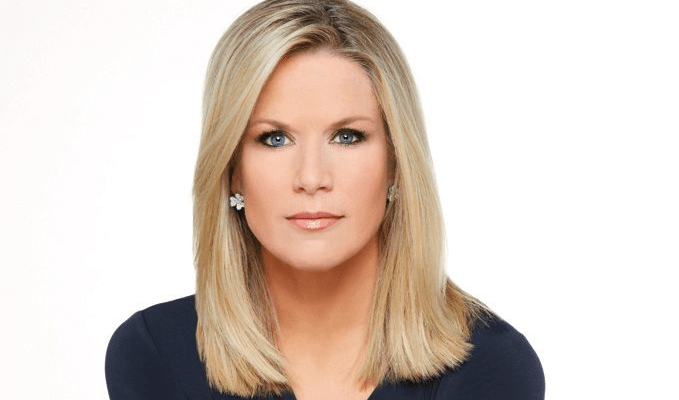 Martha MacCallum is a news anchor  for Fox News. Previously, she  worked for CNBC, NBC, WBIS-TV, Wall Street Journal TV and Today. She has hosted shows like ‘America’s Newsroom’ and ‘The Live Desk with Trace Gallagher’.

She graduated from Ramapo High School in Franklin Lakes, New Jersey. She earned her bachelor’s degree in political science from St. Lawrence University in the North Country of New York State, and subsequently studied at the Circle in the Square Theatre School on Broadway, founding the Miranda Theater Company in New York.

She is the daughter of Elizabeth B. and Douglas C. MacCallum, Jr. Her mother died from breast cancer in April 2013.

She has two sons and one daughter. They are; Elizabeth Bowes , Edward Reed  and Harry MacCallum.

MacCallum is the mother of junior linebacker Reed Gregory, a sophomore walk-on at Notre Dame, who was a standout player at Delbarton School in Morristown, N.J. Gregory chose to attend Notre Dame, passing up a chance to play at programs that were recruiting him.

Gregory doesn’t see much playing time. But every game as he runs through the tunnel, he tells his mom how lucky he feels to be there.

She loves her son’s passion for the university and the football program. And she loves supporting him. If at all possible — she is Fox News’ lead political anchor — she is in South Bend for each home game.

“This is just such a wonderful escape for me,” MacCallum said Saturday before kickoff of the Navy game.

An escape from the wild, chaotic, hectic world of politics.

MacCallum joined the Fox News Channel in 2004. She hosted The Live Desk from 2006 to 2010 and America’s Newsroom from 2010 to 2017. She hosted the new program, The First 100 Days, on Fox News Channel, which debuted January 9, 2017. It was created as a replacement for Tucker Carlson Tonight when that program moved to the time slot formerly occupied by The Kelly File after Megyn Kelly’s departure. On April 28, 2017, the show was rebranded as The Story with Martha MacCallum.

Prior to that, she was a reporter/anchor for NBC/CNBC. She frequently contributed to The News with Brian Williams, Today, NBC affiliate news programs, and CNBC World before being assigned to co-anchor CNBC’s Morning Call with Martha MacCallum and Ted David. She also appeared on Checkpoint, an evening show which examined homeland security and the War on Terror. MacCallum created the series “Inside the Business” for Business Center, a former CNBC show.

She was also at Wall Street Journal Television from 1991 to 1996, where she served as a business news correspondent and anchor for The Wall Street Journal Report, World Market Outlook, and Business USA. In 1996, she moved to WBIS-TV, a short-lived sports and business station in New York, as an anchor and reporter.

MacCallum is a two-time recipient of the Gracie Award for Women in Journalism and has received the Soldier socks Commitment To Serve award.

Sexual harassment in the workplace has existed for so long mostly because victims have preferred to remain quiet than face the perpetrators. Most women are ashamed of speaking out, unlike Martha who said she was a victim earlier on in her career.

She revealed that the harassment came in the form of suggestive remarks and overtures. Luckily, being the outspoken woman that she is she shut it down before it went any further. For her, if ever there was a time that she felt like a Barbie Doll, it was back then.

Her salary is $700 Thousand per annum.

Martha has a net worth of $8 million.