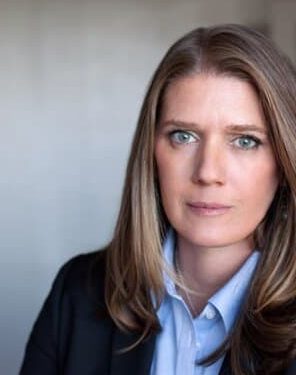 Mary Lea Trump is an American certified professional life coach and a niece of President Donald Trump. She previously served as the chief executive officer of The Trump Coaching Group. She is set to release a book titled ‘Too Much and Never Enough’.

She has a Bachelor’s degree in English Literature from Tufts University and a Masters from Columbia University. She also has a master’s degree and Ph.D. in clinical psychology from Adelphi University.

Mary is the daughter of Fred Trump Jr. who died in 1981 at the age of 43 from a heart attack caused by alcoholism. In Mary’s upcoming book, it is reported that she alleges that Donald and Fred Trump Sr. contributed to her father’s death and neglected him at critical stages of his addiction.

During an interview with The Washington Post in 2019, Trump admitted to having pressured his brother over his career choices but he said he had come to regret it. He said it was something Fred never wanted to do.

“It was just not his thing…  I think the mistake that we made was we assumed that everybody would like it. That would be the biggest mistake… There was sort of a double pressure put on him.”

She has a brother known as Fred Trump the 3rd.

There are no details about her marital status.

Mary is the niece of Donald Trump although they seem like they don’t get along. After Trump was elected she tweeted “This is one of the worst nights of my life” and expressing her support for Hillary Clinton, “an extraordinary human being and public servant.”

This is one of the worst nights of my life. What is wrong with this country? I fear the American experiment has failed.

Mary together with her brother Fred the 3rd sued Donald Trump and his siblings; Maryanne and Robert while contesting their grandfather’s will. They sought one-fifth of their grandfather’s estate claiming it would have been given to their father if he were alive. All of Fred Trump Sr.’s grandchildren received $200,000 from the estate, and the majority was split between his four surviving children. Mary Trump and Fred Trump III argued it should have been split five ways. According to the Daily News, Donald Trump said he was fulfilling his father’s wishes to not treat Mary and Fred III differently than the other grandchildren. He said his niece and nephew were not given special treatment because the family did not like their mother.

They also claimed that Donald, Maryanne and Robert Trump retaliated against them for filing the lawsuit by cutting off the medical coverage Fred Trump Sr. had provided to his family for decades. This affected Fred Trump III, whose son, William, was born cerebral palsy.

During an interview with The NT Times in 2016 Donald Trump said he withdrew the medical benefits that could have helped Fred Trump III’s son in revenge. “I was angry because they sued.”

According to The Daily Beast, Mary Trump will allegedly out herself as the source for The NY Times and detail her involvement working with journalists Russ Buettner, Susanne Craig, and Barstow to crack the story.

On October 2, 2018 NY Times published an article where they said that “President Trump participated in dubious tax schemes during the 1990s, including instances of outright fraud, that greatly increased the fortune he received from his parents.”

They revealed that Trump who proclaims himself as a self-made billionaire and alleges that he got no financial help from his father had actually received the equivalent today of at least $413 million from his father’s real estate empire, starting when he was a toddler and continuing to this day.

Much of the money was alleged to have come to Trump as he helped his parents dodge taxes. He and his siblings set up a sham corporation to disguise millions of dollars in gifts from their parents, records and interviews show. “Records indicate that Mr. Trump helped his father take improper tax deductions worth millions more. He also helped formulate a strategy to undervalue his parents’ real estate holdings by hundreds of millions of dollars on tax returns, sharply reducing the tax bill when those properties were transferred to him and his siblings.”

According to her now deleted LinkedIn account Mary is the chief executive officer of The Trump Coaching Group, a New York-based life coaching company she started in 2012.

The company’s website reads; “Are you depressed and feeling low? Finding the true meaning of your life? If yes then our life coaches can bring you out from such dwindling situations. Connect with our Trump Coaching group and know the true meaning of your life. Our experts will provide you the much needed motivation and encouragement to stand above the crowd. Reach out to your goals in a completely different way and witness an interesting turn for your life.”

She previously worked for a year at the Institute for Professional Excellence in Coaching. She has also owned and operated several businesses in New York and New England, including a marina, an import company and has been involved in real estate.

Mary Trump Too Much and Never Enough

Mary is set to release a book titled ‘Too Much And Never Enough’ on July 28 which will allegedly detail “harrowing and salacious” stories about the president, according to people with knowledge of the project.

According to The Daily Beast Simon & Schuster confirmed on June 15, 2020 that it will be publishing the book. The book is set to be released just weeks before the Republican National Convention, will detail Mary Trump’s role in The New York Times investigation into President Trump’s taxes. It is also expected to contain several “harrowing and salacious” stories about the president, including the circumstances of the death of his brother, Fred Trump Jr.