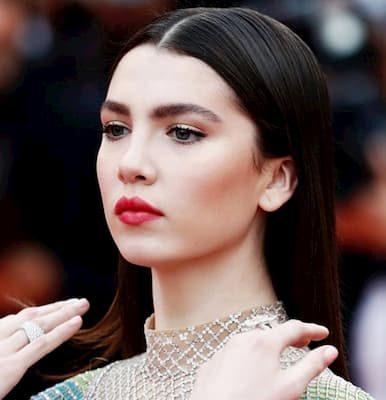 Maya Isabella Henry is a Mexican- American model represented by Elite Model Management and Select Model London. She is the fiance of one direction member Liam Payne.

Henry stands at a height of 5 feet 9 inches tall.

She belongs to Mexican-American ancestry.

Maya is an American national.

Maya is the daughter of Azteca and Thomas. Her father is one of Texas’ top personal injury attorneys. The family had a YouTube reality TV show called Hangin’ With Los Henrys. The show premiered in 2017 on YouTube and featured Maya’s parents, grandmother and brother.

The description of the series reads: “Meet Los Henrys, a blended Mexican-American family from San Antonio, Texas. Their mini-series reality show, “Hangin with Los Henrys” debuted on YouTube on December 13, 2017. The show centers around Thomas ‘Tom’ and Azteca Henry and their two children, Thomas Jr. and model/actress Maya. Also featured is ‘Abuelita,’ Teresa Crawford, who lives with the family in their San Antonio mansion.”

She co-starred with Dylan Sprouse in an indie 2019 short film called, Carte Blanche. She has also made cameos in two different music videos—in DNCE’s 2016 video for “Kissing Strangers” and as Billy Ray Cyrus’s daughter in the “Old Town Road” video.

Maya has a charity organization, Maya’s Corner which she founded in 2008 at the age of seven. The charity collects school supplies for students in Texas. In 2017, she also raised $100,000 for the Tree Media Foundation.

In 2016 Maya and her family made headlines when the quinceañera to celebrate her 15th birthday was reported to be $6 million. The venue was decorated with fountains, walls of roses, fake peacocks, cherry blossoms and butterflies suspended from the ceiling. Maya wore two designer outfits by Rolando Santan that were made especially for her. Her makeup was done by Kardashian fave Partick Ta, and it took 150 event planners to pull off the party. Nick Jonas and Pitbull performed.

Maya is in a relationship with Liam Payne, the couple was first linked in August 2018. In September 2019 they were spotted holding hands at London’s Heathrow Airport. Liam confirmed the relationship that month during an interview with KISS FM UK’s KISS Breakfast that month. Days later they went Instagram official. Payne celebrated the release of his new single “Stack It Up” and praised Henry for her support.

Sometimes I don’t recognise this happy guy… sure glad you brought him back though. This has been my most amazing release week to date! Massive thank you to all my team @stevefinan @simonolive73 @jordenpinchen @conorleebutler @adamfkelly @stockersstory for helping setting it all up and making it run smooth @artisthbtl for fuckin with my sound can’t wait to perform it with you. my team on the ground here in nyc @republicrecords for supporting my record and @capitoluk for getting my record together and putting up with my self conscious shit😂 then last but not least this one @maya_henry for always keeping the biggest smile on my face through all the stress and making me realise how perfect my life really is🥰love you all let’s stack this shit up 🙌🏼🙌🏼🙌🏼

Maya first met Liam when she was 15 when he was in One Direction, during a meet and greet. In an interview she said; “We talked about how I play tennis. On stage he looked at me and did a tennis serve on stage (his technique needed a little work but the intention was good). I met him again two times after that in Buffalo and Dallas and he remembered I played tennis and served at me again on stage.”

According to the US Weekly, Liam and Maya are engaged. The couple first sparked the engagement speculation after Henry was spotted wearing a diamond ring on that finger while out to dinner on Thursday, August 27.