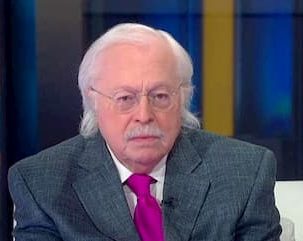 Dr. Michael Baden is a board-certified pathologist working as co-director in the Medico legal investigation unit of the New York Police. He is known for his work investigating high-profile deaths and as the host of HBO’s Autopsy.

He attended the City College of New York graduating at the top of his class in 1955. He has a medical degree from New York University School of Medicine.

He was previously married to Judianne Densen-Gerber, a physician and Odyssey House drug treatment program founder but they divorced in 1997.

He is a father of four children, daughters Dr. Trissa Baden, Dr. Sarah Baden and son Dr. Lindsey Baden. Sarah is a physician and Lindsey is an infectious disease specialist. His other son Judson Baden died in 1996 when he crashed his motorcycle a week before his death, he died of “undiagnosed” injuries and complications of the crash.

Baden interned at hospitals from 1959 until 1961 when he got a job working in the Office of the Chief Medical Examiner in New York City a position he held until 1981. He later became the Chief Medical examiner from 1978 to 1979. He was removed from his position by Mayor Ed Koch after she received complaints about his work.

In 1979 he became the Deputy Chief Medical Examiner for Suffolk County until 1983. He was fired after allegedly making inappropriate comments about how to commit the perfect murder. The decision to fire him was rescinded shortly thereafter, as the circumstances of his alleged comments were unclear, but he chose to leave the position nonetheless.

He has also worked with the New York State Police Child Abuse and Violent Crime Analysis Unit (VICAP), served as the President of the Society of Medical Jurisprudence and Vice President of the American Academy of Forensic Sciences. He also chaired the Forensic Pathology Panel of the U.S. Congress Select Committee, which investigated the assassinations of President John F. Kennedy and Martin Luther King Jr.

He is a Fox News contributor.

Michael together with Dr. Allecia Wilson of the University of Michigan was hired by the family of George Floyd to perform an independent autopsy. According to Michael Floyd died of asphyxiation at the hands of local police. He told Fox News that medics “tried to do CPR with him [Floyd] in the ambulance, but were unable to find a pulse. He had a cardiac arrest and they tried to shock him and the shocks didn’t work. He was dead before they put him on the stretcher … many minutes before he gets to the hospital.”

This contradicted the preliminary results from the official autopsy, which were included in a criminal complaint against former Minneapolis police officer Derek Chauvin. The report said that the officials had found nothing “to support a diagnosis of traumatic asphyxia or strangulation.”

Baden also said that “one can die just from compression of the neck sufficiently,” he added that there was also “compression, that you can see [in] the video, of the back. Pressure on the back prevents the diaphragms from moving up and down which is necessary to inhale and exhale.”

He added that there is a misconception among the police that if one can talk it means one can breathe.

“There’s a big misconception among police that if a person can talk and say ‘I can’t breathe,’ that means he’s breathing. I am talking to you now for a while without breathing. I keep talking. You don’t need to be breathing in order to say I can’t breathe or in this instance [when Floyd] reaches out and calls for his mother, [saying] ‘mama, mama,’ who died three years ago, and still nobody lessened up their pressure on him.”

Baden conducted an independent review on Eric Garner’s case, he was a black man who was placed in a chokehold by New York police who were attempting to arrest him for selling loose cigarettes and would not relent even as he pleaded that he could not breathe.

Dr. Michael was hired by Jeffrey Epstein’s brother as an indepent medical examiner to examine Jeffrey’s death. He disputed the report by the New York City medical examiner’s office that concluded Jeffrey had committed suicide and suggested he may have been strangled.

During an appearance on the morning show ‘Fox & Friends’ he said that Jeffrey experienced a number of injuries — among them a broken bone in his neck — that “are extremely unusual in suicidal hangings and could occur much more commonly in homicidal strangulation.” He said, “I think that the evidence points to homicide rather than suicide. I’ve not seen in 50 years where that occurred in a suicidal hanging case.”